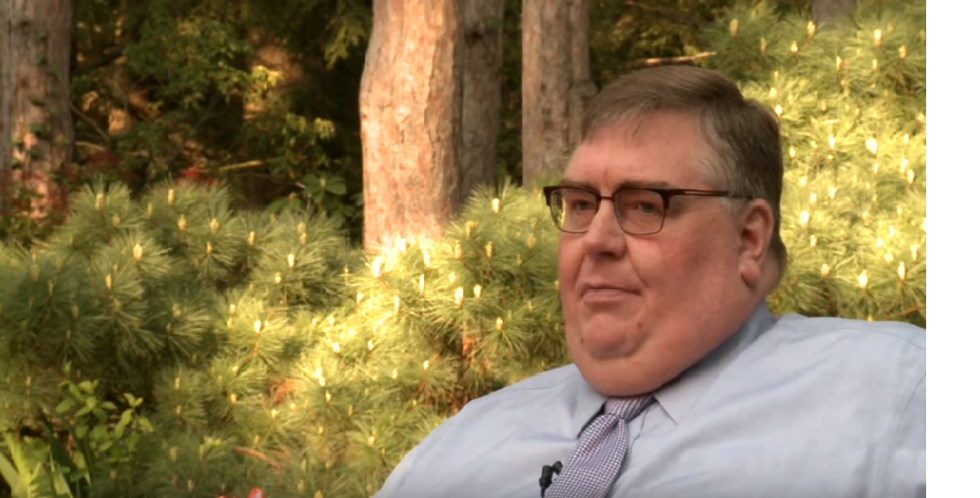 A white Michigan attorney has been the subject of a public condemnation from his peers in the state's court system for comparing an African-American judge to a gorilla.

MLive reports that Eric C. Grimm, a Muskegon lawyer and a judicial candidate for Muskegon County's probate court, sent an email out to his colleagues on July 10, asking for their votes and criticizing sitting probate court judge Gregory C. Pittman for bullying the other candidates.

"I can understand why some of the other candidates may not want to speak up about the 800-lb Silverback Alpha Male in the middle of the Probate Court," Grimm wrote in his email. "They are each considerably less free to walk away and refuse to have anything to do with this court if the bullying problem is not fixed."

According to MLive, Grimm apologized for the bigoted remarks after backlash from prominent public officials including the county prosecutor and the chairman of the county board of commissioners.

The candidate claimed both in a statement and a television interview that he is redeeming himself by, "sentencing myself to 100 hours of community service, in the very same community most adversely impacted by my mistake."

MLive notes, however, that Grimm refused to retract his broader statements alleging Judge Pittman's bullying behavior, claiming that he merely "got carried away with the artfulness of a triple metaphor, and lost sight of the optics," and that the resulting "so-called 'outrage' is overblown, insensitive in itself, and a charade."

Grimm added that his "purpose running in the primary is to expose the problems in the courthouse."

Responding in a written statement to Grimm's incendiary remarks, Pittman claimed that the "dignity and ethical considerations" of his position as judge "dictate that I must decline to respond to the trite and bigoted remarks and imagery evinced by the recent statements of Eric Grimm."

"It is left to each of us in this community to draw our own conclusions about Eric Grimm, his mind-set and its place in our community," Pittman added.

MLive notes that the Muskegon County Bar Association issued a written statement explaining that "it does not condone racially-motivated or bigoted comments from any member, attorney, or person."

While the bar association's bylaws prevent it from endorsing candidates or punishing any attorneys, MLive reports that a panel made up of six local attorneys created a rating system designed to inform the Muskegon County public about which candidates would make the best judges. The panel gave Grimm the worst rating, one out of five stars. Grimm was the only candidate to receive such a low rating.