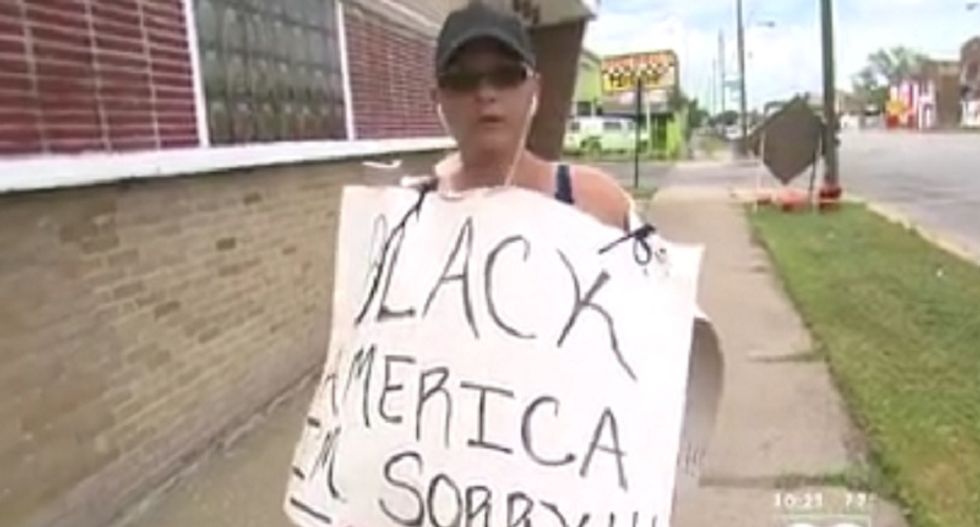 A white Chicago-area woman decided she needed to act in response to recent police killings of black Americans and ongoing racism by walking through a black community with an apology, CBS Chicago reports.

Laurella Willis attached two large poster boards to her back and front with the words, "Black America, I’m Sorry!!" written on them and walked about 20 miles through Chicago's South Side.

“I don’t want to continue to see Black American being oppressed, and held down and killed like animals,” she told CBS.

As she walked, people approached her to tell her they appreciated her message.

“It’s very touching,” one African-American resident said. “Especially someone who’s not colored and making a stand for what is right."

CBS filmed several people waving to Willis or giving her a "thumbs up" sign.

"I was just saying I like what she's doing," one man said, when asked why he approached her.

"To me, that's me doing my part," Willis said. "I might be only a party of one, but I'm going to give you all the support that I have... I don't want to hear lip service from anyone. I want action."