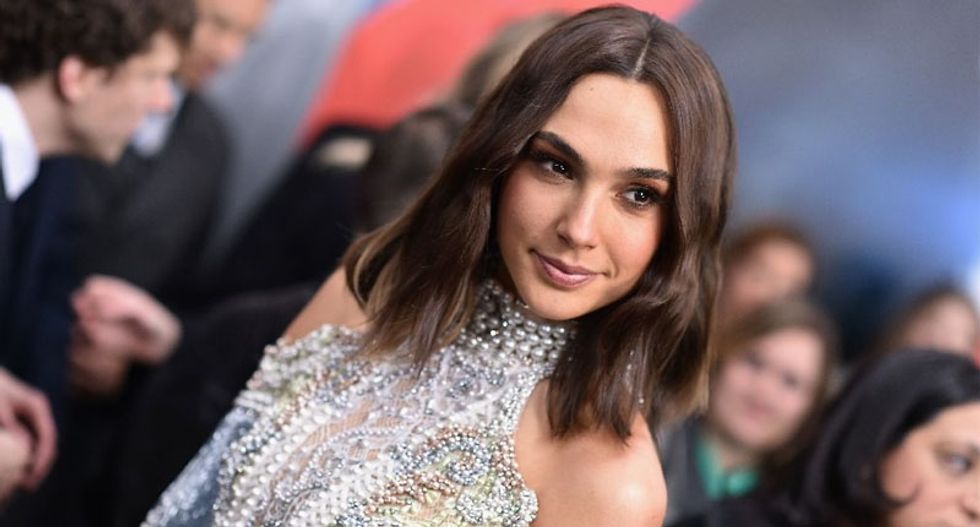 "Wonder Woman" star Gal Gadot shared the first poster of the movie on Friday, ahead of its highly anticipated introduction before fans at the San Diego Comic-Con convention.

The image features a profile of the Amazonian superhero in her famous red, blue and gold outfit, clasping a sword against a pink and blue sky, above the words: "Power. Grace. Wisdom. Wonder."

"A dream come true! Happy to finally share this with you all," the Israeli actress and model wrote alongside a post of the image on Twitter.

Many convention-goers see Saturday's "Wonder Woman" panel as the big event of Comic-Con. It is expected to premiere the first full trailer for the DC movie ahead of its release next summer.

Reaction to such new material is being watched carefully by industry analysts. "Wonder Woman" is the first modern superhero movie to focus exclusively on a female protagonist.

A misogynist social media backlash against the all-female "Ghostbusters" reboot shocked Hollywood, although much of the criticism arose from the fact that the leads in the original film were men.

The reaction to Gadot's tweet was mainly positive, with Chris Cabin of the Collider film blog calling the image "eye-catching in its use of color and shadow."

He added, however, that "part of me isn’t entirely comfortable with the fact that the image blacks out her face and focuses entirely on her figure."

But fan account @dceufacts, which is devoted to news from the DC Comics Extended Universe, posted: "This is gorgeous! Best poster for a superhero movie in ages."

The DC Extended Universe films are distributed by Warner Brothers, which released a new poster on Friday for keenly awaited Harry Potter spin-off "Fantastic Beasts and Where to Find Them."

"We're adding a little magic to (Comic-Con) with this new #FantasticBeasts art," the film's official Twitter account said of the poster.

It features Eddie Redmayne as "magizoologist" Newt Scamander, which is also the pseudonym under which J.K. Rowling wrote the book. A magizoologist, it seems, is one who studies magical creatures.

The poster's artwork highlights the Prohibition-era New York setting of the spin-off, which takes place some 70 years before the events of the Harry Potter films.