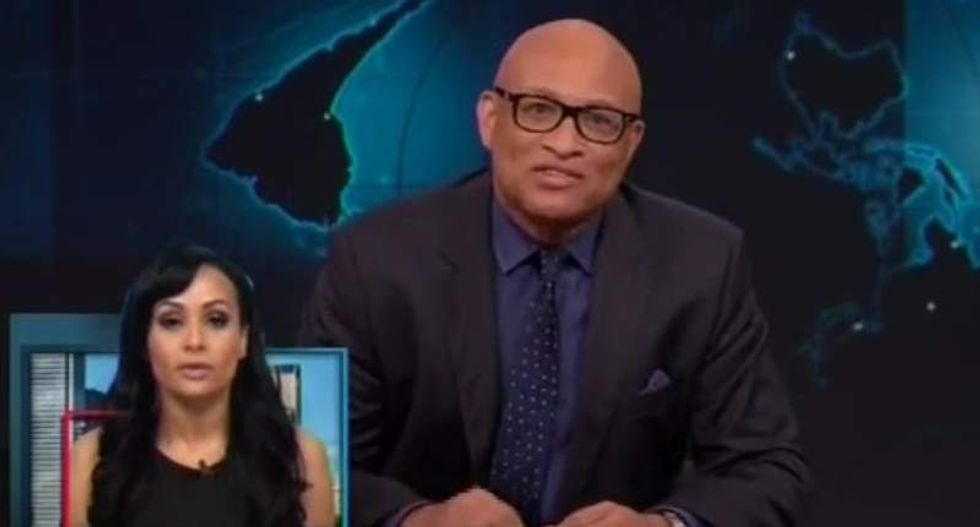 Larry Wilmore kicked off his last week on The Nightly Show by, appropriately, "Keeping it 100" about Donald Trump.

He also called it a "false equivalency" to argue that Democratic presidential nominee is as much of a liar as Trump.

Clinton, he argued, "is a very smart and capable politician, who many people don't trust because she spends too much time lawyering her words so she doesn't lose votes instead of telling us what she actually f*cking thinks, all right? Donald Trump is a psychopathic narcissist who not only has the hands of an infant, he has the mind of one."

Wilmore also tried to dispel the notion he was picking on Trump "spokesgoblin" Katrina Pierson, until he saw footage of her insisting that President Barack Obama initiated the US' military campaign in Afghanistan, while ignoring the disasters hitting the country during George W. Bush's presidency.

For example, he said. "There was a horrible hurricane -- which, thanks to [Pierson], is no longer the first thing that comes up when you google the words 'Katrina' and 'Total f*cking sh*tshow.'"

Watch Wilmore's commentary, as aired on Monday, below.