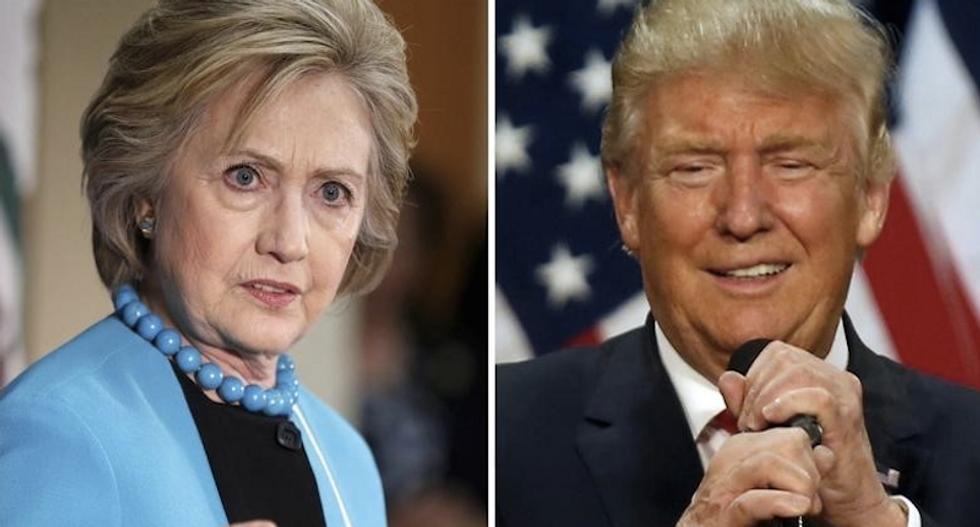 U.S. Republican presidential nominee Donald Trump will outline proposals for trade, taxes and regulation on Monday as he seeks to move beyond a week of discord and contrast his ideas for economic growth with those of Democratic rival Hillary Clinton.

Senior aides and supporters said on Sunday the businessman, making his first run at public office, wanted to put behind him his disputes with Republican Party leaders and the parents of a Muslim American soldier killed in Iraq.

"He is very focused. He knows what he needs to do. I am confident that he's going to start doing it," Paul Manafort, Trump's campaign manager, told Fox News.

Professor Peter Navarro of the University of California, Irvine, business school, said an economic advisory council announced on Friday was scheduled to have its first all-hands discussion with the candidate on Sunday.

Investor Wilbur Ross, who is on the advisory council, said on Sunday it was a combination of "academics and people who work in the real economy and focus on economic issues every day."

None of those appointed to the new economic advisory group are women and many come from hedge funds and investment banking, a make-up at odds somewhat with Trump's populist message.

The speech, which Trump will deliver to business leaders of the Detroit Economic Club, will build on trade comments Trump made in Pennsylvania in June, Navarro said. He said it was being fact-checked on Sunday.

"The idea is to illustrate how tax policy, trade policy, immigration policy, regulatory policy all fit into the mission," Navarro, who is also on the advisory council, said on Sunday. He described the mission as creating jobs and economic growth.

Clinton's campaign said she would speak in Michigan on Thursday to lay out a plan to make the "biggest investment in good-paying jobs since World War Two." The campaign said additional details would be released later.

A new Washington Post-ABC News opinion poll on Sunday showed Trump trailing Clinton by 8 percentage points after her party's convention in Philadelphia. A Reuters/Ipsos poll out on Friday showed the race closer three months ahead of the Nov. 8 presidential election.

Republicans were incensed when he initially refused to endorse U.S. House of Representatives Speaker Paul Ryan and two U.S. senators in their re-election bids. Late on Friday, he said he supported all three.

Former U.S. House of Representatives Speaker Newt Gingrich, who had been on Trump's short list of potential vice presidential running mates, said last week in a Fox Business Network interview that some of Trump's recent actions had been "just very self-destructive" and that the candidate was "not yet performing at the level that you need to."

But in a Fox News interview on Sunday, Gingrich said that while Trump had made mistakes, he thought Clinton's errors around a private email server she used while President Barack Obama's secretary of state were worse.

On Friday, Clinton said she had "short-circuited" when she characterized FBI Director James Comey as having said she had been truthful about her email server. Comey had contradicted several statements Clinton had made about the server.

"I'll take the week. I think she managed to trump Trump in terms of mistakes," Gingrich said.