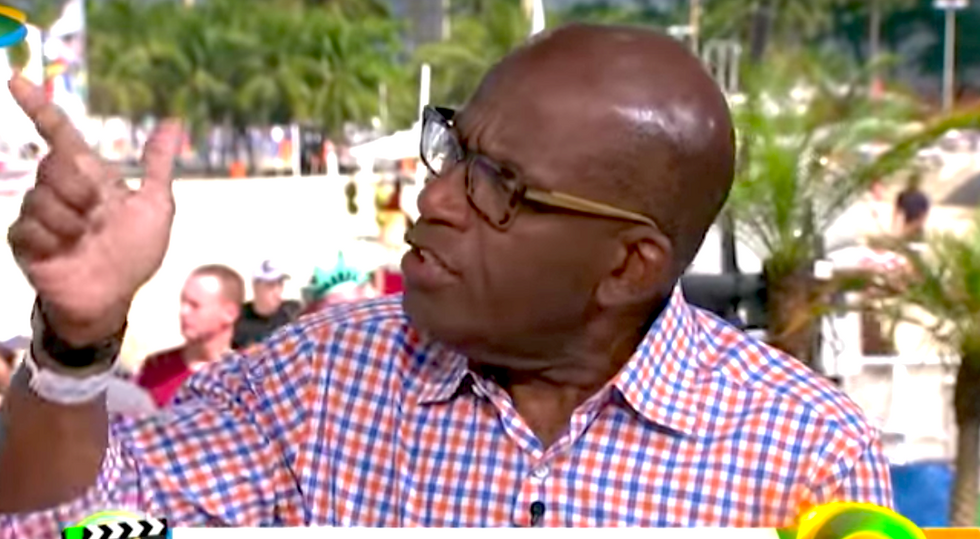 Twitter and other social media hubs are buzzing after the Today Show's Al Roker got very, very real on the topic of Ryan Lochte.

Roker said what many are thinking, that if the blond swimmer was black or Latino, he would not be getting the light treatment he's currently enjoying after he and members of the U.S. Olympic swim team embarrassed themselves and the country in a fabricated holdup incident in Brazil.

Co-host Billy Bush made the mistake of telling Roker to "calm down."

By the end, Roker was left stirring his on-air cocktail, scowling.

Ebony magazine Senior Editor Jamilah Lemieux responded to a tweet announcing that Lochte would be interviewed by Matt Lauer in his first post-scandal appearance by saying, "Al Roker deserves a seat at this table."

BuzzFeed Culture's Executive Editor Saeed Jones said, "Al Roker is all of us."

Author Clint Smith said, "Al Roker look more fed up then when you make your mama repeat herself after she asked you to do something."

Al Roker look more fed up then when you make your mama repeat herself after she asked you to do something https://t.co/teXnQ5nBAY
— Clint Smith (@Clint Smith) 1471715891.0

Watch a version of the Roker video edited to sound like a game show:

When a person n the dominant society does something wrong, people stay on code to minimize it.But Al Roker kept it G pic.twitter.com/kK88LUYBmu

Watch the original segment, embedded below:

When a person n the dominant society does something wrong, people stay on code to minimize it.But Al Roker kept it G pic.twitter.com/kK88LUYBmu