Ann Coulter: Donald Trump is a 'victim of media rape' being blamed for 'wearing a short skirt' 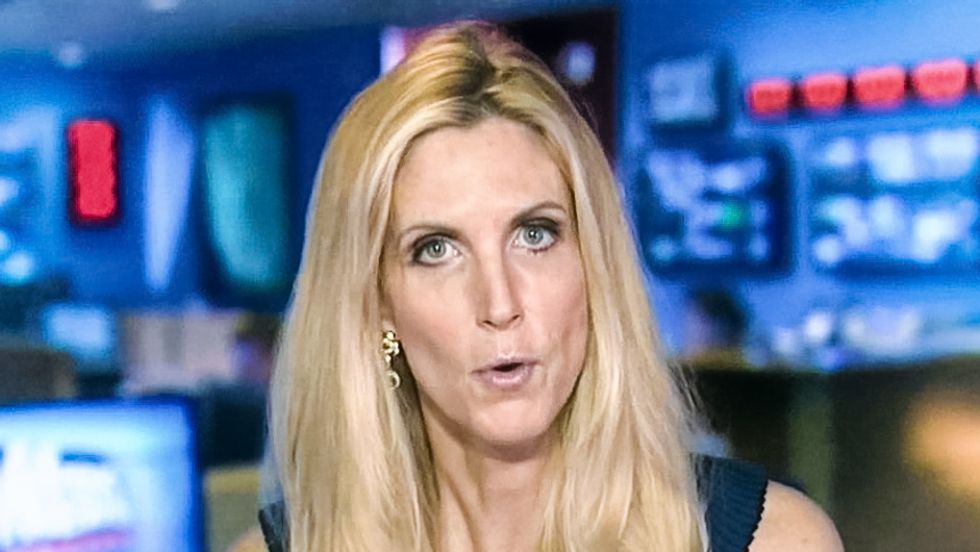 Conservative columnist Ann Coulter this week compared Republican presidential nominee to a rape victim because of the way he had been treated by the media.

In a column on Wednesday titled, "GOP Blames Victim Of Media Rape," Coulter argued that Republican leaders were blaming Trump for his gaffes instead of protesting what she claimed was biased media coverage.

"Every single news outlet is dedicated to hysterically denouncing Trump, every minute of every day, while cooing at Hillary," Coulter charged. "Now we find out that another honored guest at Hillary events is the father of Omar Mateen, the Muslim jihadist who murdered 49 people at a gay nightclub in Orlando a few months ago."

"Is David Duke’s father given VIP seating at Trump events? (As long as you mention it, did David Duke gun down 49 people in June? Or ever? Or anyone?)" she continued. "A Google search of Trump and David Duke produces more than 11 million hits. A Google search of Hillary and Omar Mateen gets a few hundred thousand hits."

According to the conservative writer, "the only news you’ll be getting from now until the election is the media’s own insane interpretation of every little thing Trump says or does."

But Coulter saved her harshest criticism for "sissy conservatives who have never faced one minute of press hostility blame the victim, saying it’s Trump’s fault for giving the media openings to twist his words."

"The sissies have no idea what they’re talking about. There’s no way to phrase something so that it can’t be lied about," she insisted. "There’s no strategy for overcoming this level of media hostility. Trump has made some mistakes during this campaign, but he hasn’t done anything wrong for months now."

"Craven Republicans who blame Trump for the media’s lies may as well blame a rape victim for wearing a short skirt," Coulter concluded. "Except with Trump, it’s the Muslim standard: They’re blaming a woman’s rape on being a woman."