Author who profiled Trump explains his bizarre behavior: He doesn't actually want to be president 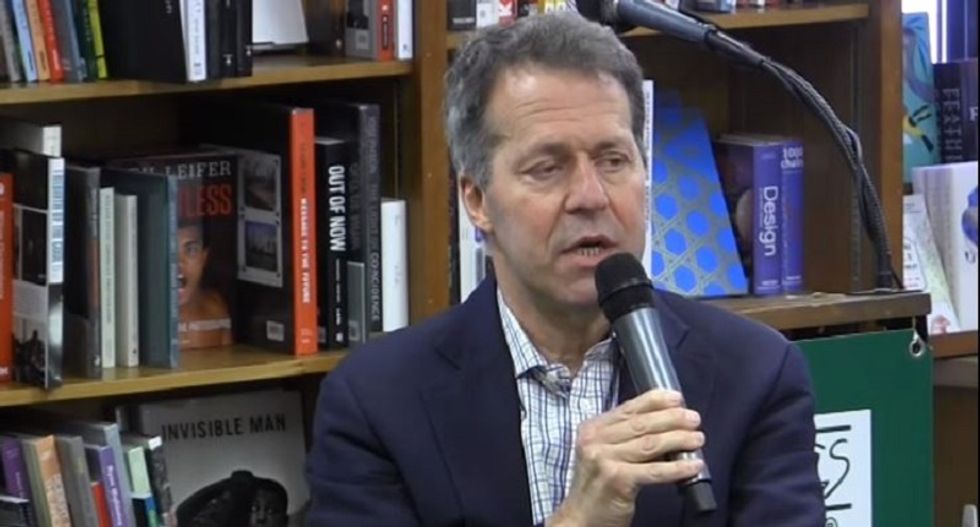 As a journalist for The New Yorker, Mark Singer has written extensively about the GOP's presidential nominee.

Recently he gave a talk about his new book, Trump and Me, published earlier this month, where he answered questions about his reporting from an audience. In the hour-long talk held at Politics & Prose Bookstore in Washington, D.C. and published Wednesday, Singer discusses his take on the presidential nominee based on his work writing profiles about Trump for the New Yorker.

Singer said he believed Trump never expected to make it this far in the election, and was hoping to wind up second behind one of the other primary candidates. He said he is not into "details" and probably had no plans to actually be president.

"Would a person who really wants to be elected run without a staff, without a ground game state-to-state, without a fundraising network, without any regard for policy nuances, no concept of governance and all the other things that one does to prepare," Singer said. "Can you imagine Trump debating Hillary Clinton?"

He then laid out some of Trump's outrageous statements, like praising former Iraqi dictator Saddam Hussein and retweeting an anti-Semitic image.

"I think his greatest fear is losing, period," Singer said. "I think he's at best very conflicted about it."

When asked by moderator and fellow New Yorker staff writer Jane Mayer why Trump would put himself in this position, Singer answered it was ego-driven.

"His ego is -- there's nothing like it really," Singer said. "We've never witnessed anyone like this in public life. I mean, people compare Trump to P.T. Barnum, but P.T. Barnum was promoting other acts and things like this, and he has been promoting himself. There is no real Donald Trump. There is 'Donald Trump.' He is his brand... He's predicated his whole existence on leveraging his name, Donald Trump, and everything that he's ever done, I thought, has been calculated as an extension of the brand. He's not a details person plainly."

Singer then referenced a piece by Stephanie Cegielski, a former public relations staffer who defected and now claims Trump didn't intend to become the Republican nominee.

"The Trump camp would have been satisfied to see him polling at 12% and taking second place to a candidate who might hold 50%. His candidacy was a protest candidacy," she wrote. "It pains me to say, but he is the presidential equivalent of Sanjaya on American Idol."

Singer agreed with Mayer that Trump is now stuck -- but "he just wants to hear his name shouted from the public, and he responds to it."

Watch the entire talk, as posted to YouTube, here: