Awkward: Mike Pence gets campaign trail haircut -- and barber has no idea who he is 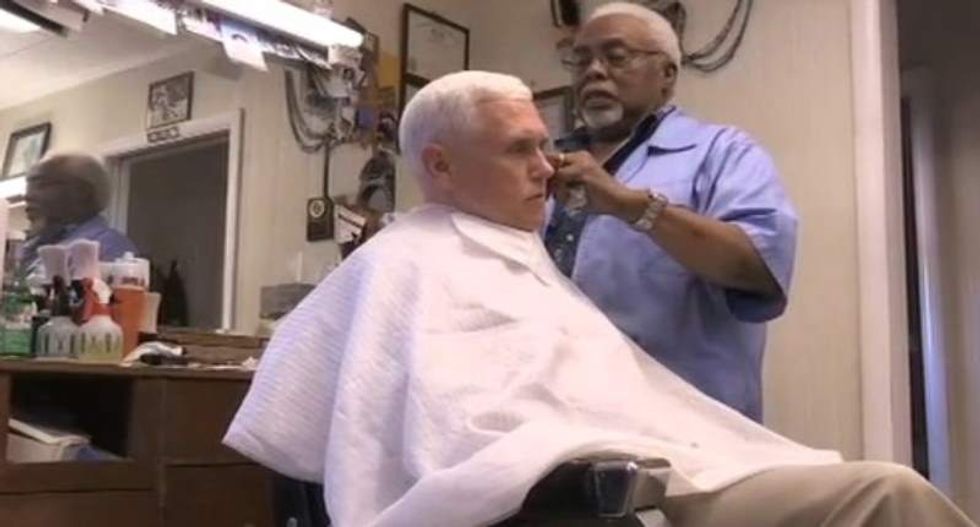 Indiana Gov. Mike Pence (R) isn't that recognizable outside of his home state, going by his stop for a haircut in Norristown, Pennsylvania.

According to Philadelphia Magazine, Pence went to Jones Barber & Hairstyles for a haircut, a visit that was captured on video by CNN. After discussing football, among other subjects, Pence steps out of the chair calling the haircut "perfect."

"Mike Pence," the vice-presidential candidate explains. The barber repeats Pence's name without suggesting he recognizes it.

"Governor of the state of Indiana. I'm running for vice-president of the United States," Pence explains, prompting surprise from the barber.

According to Philadelphia, Tuesday marked the second consecutive haircut Pence has sought from a black barber. The Trump/Pence ticket won the support of one percent of black voters in a Quinnipiac poll this past June.

Watch the original footage, as posted by CNN, below.

A different version of the closing seconds of the session, however, was posted on Twitter, as seen here: