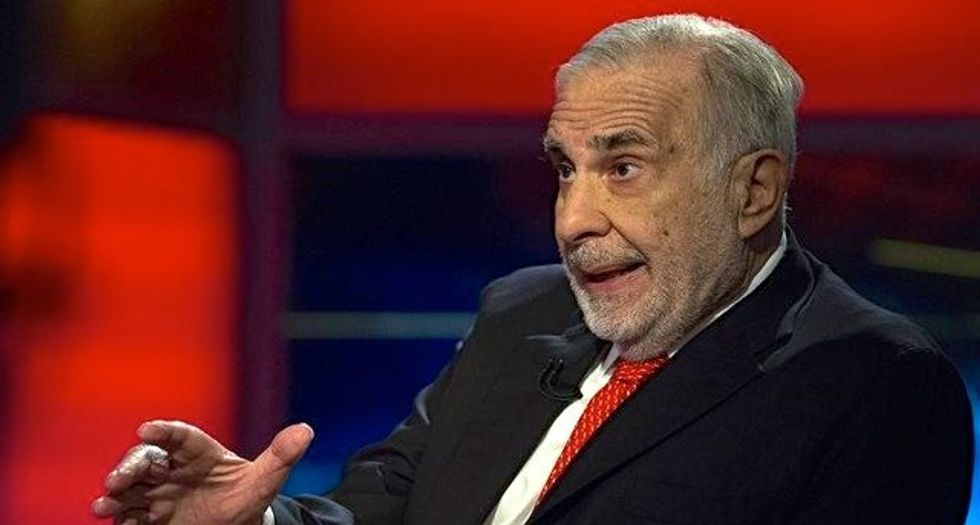 Icahn, speaking a day after Trump unveiled his economic plan in a speech in Detroit, said "the Archie Bunker of the world" is going to vote for Trump.

Archie Bunker was a fictional conservative blue-collar worker from New York who was the main character in a 1970s television comedy.

"Any middle-class worker, you know, 'the Archie Bunker of the world' - that was a great show, I used to watch it - those guys are going to vote for him because those are smart guys," Icahn said.

"They know they are getting screwed, and that is what I think will happen," Icahn said in an apparent reference to the decline in U.S. manufacturing, a theme of Trump's.

He also tweeted: "How many of our presidents, even our great presidents, would have handled the antics that went on in that auditorium as well as he did?"

Icahn was referring to protests during Trump's speech at the Detroit Economic Club. Trump kept his cool as about 14 protesters jumped to their feet and shouted at coordinated intervals as he spoke.