'Burn every single ni**er!': This is how Trump supporters talk when they think nobody's listening 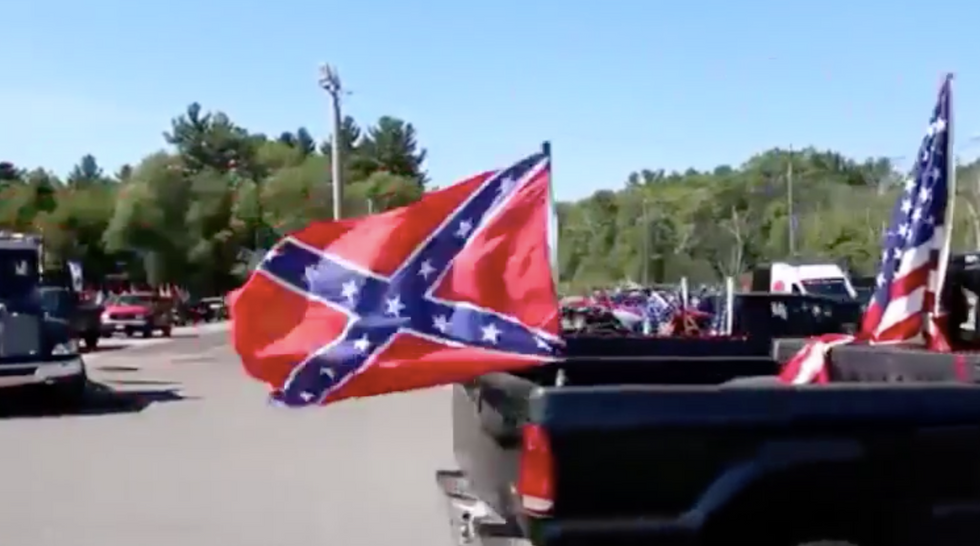 A Massachusetts convoy of Trump supporters drove from Wrentham to Foxboro in their trucks, RVs and SUVs on July 31 and were caught on tape spewing racist epithets and calls for anti-black violence.

"Lynch the ni**ers by their d*cks!" said one driver, according to Winning Democrats, which highlighted a YouTube video of what the "Make America Great Again" convoy talked about on its CB channel when they thought no one was listening.

"All I know is we got plenty of trees to hang ni**ers from," said another.

The convoy drove five miles from one township to another with their U.S. and Confederate flags waving.

"It would be nice to think that Trump supporters, once seeing and hearing how their comrades in idiocy truly behave, would have an epiphany of some sort and come to their senses," wrote Charles Topher at Winning Democrats. "The problem is, they’re Trump supporters. They’re the ones driving those trucks."