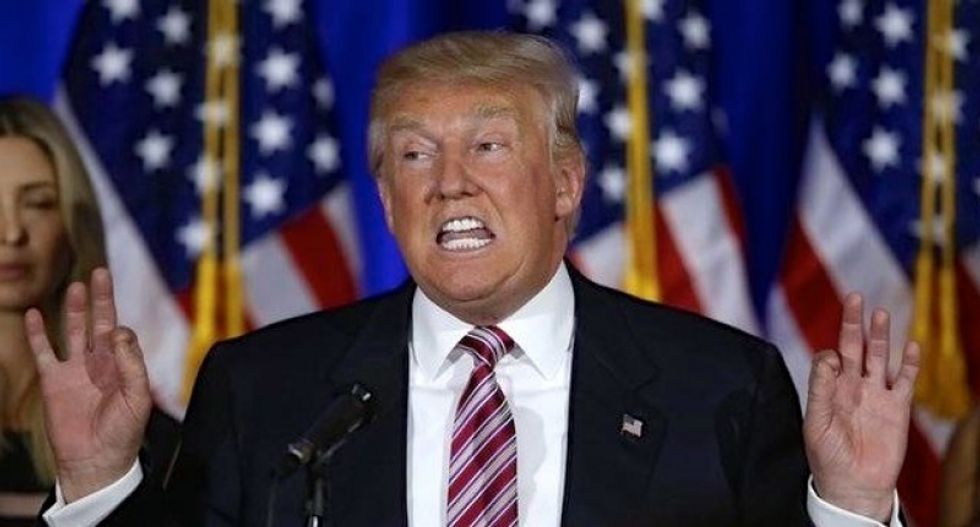 Rep. Karen Bass' (D-CA) "#DiagnoseTrump" petition had amassed nearly 30,000 signatures as of Monday afternoon, putting it on a course toward tripling its initial goal.

Bass has worked as a physician's assistant for almost 10 years and has also taught in a program for the Keck School of Medicine at the University of Southern California. Her petition argued that Trump "appears to exhibit all the symptoms of the mental disorder Narcissistic Personality Disorder."

"It is entirely possible that some individuals with NPD can successfully function in many careers, but not the Presidency of the United States," the petition stated. "We deserve to have the greatest understanding of Mr. Trump's mental health status before we head to the polls on November 8th, 2016."

In January, neuroscientist Bobby Azarian argued in a piece for The Raw Story that Trump exhibited signs of the disorder.

"While a narcissistic personality might be one of the traits that allowed Trump to be such a successful businessman and reality TV star, it is also the trait that makes him potentially dangerous as a political leader," Azarian wrote.

However, Bass' petition has come under criticism for allegedly stigmatizing people living with mental illnesses for the sake of scoring political points against Trump.

"Characterizing his erratic temperament or understanding of the truth as a product of mental illness, then arguing he's unfit to lead because of that mental illness, sends a terrible message to the millions of people with diagnosed psychiatric disabilities who are trying to make their way through an ableist world," history processor David M. Brooks said in an op-ed for CNN.

But according to a spokesperson for Bass, the petition is not just a partisan effort.

"Mental health professionals are the only people qualified to diagnose any individual with a mental health disorder," Derrick Rogers told the Dot. "Our campaign is a very serious attempt to draw attention to Trump's erratic, offensive, and often compulsive behavior."