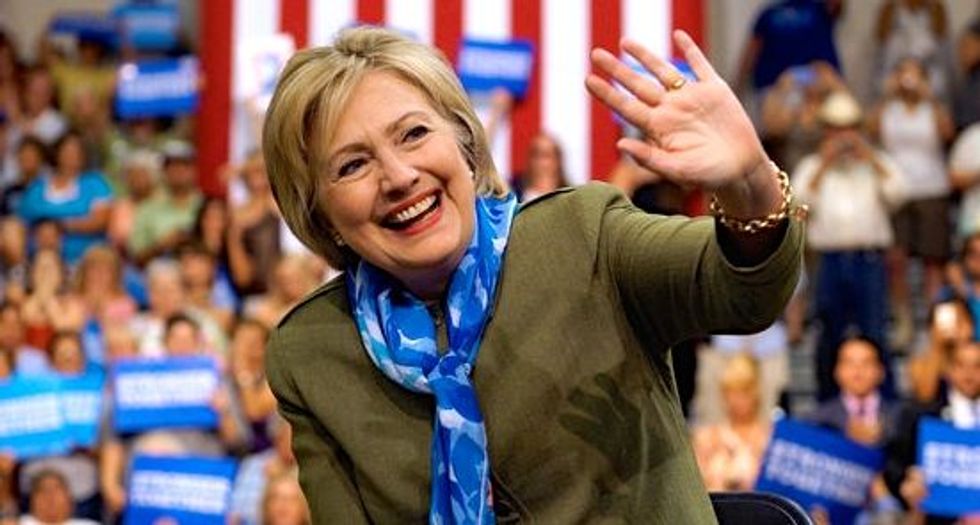 Democratic presidential nominee Hillary Clinton's lead over Republican rival Donald Trump increased to more than 7 percentage points in a Reuters/Ipsos poll released on Tuesday, from less than 3 points on Thursday.

The shift came as Trump struggled to reset his campaign following a stretch of controversies.

About 42 percent of likely voters favored Clinton and about 35 percent preferred Trump, according to the Aug. 4-8 online poll of 1,152 likely voters, which had a credibility interval of plus or minus 3 percentage points. The others would either pick another candidate, would not vote, or "don't know/refused."

The results reflected a decline in support for Trump, rather than a boost for Clinton: In last Thursday's poll, 42 percent of likely voters favored Clinton and about 39 percent favored Trump.

The five-day survey concluded on a mixed day for the Trump campaign. After squabbles last week with party leaders and the parents of a Muslim American soldier killed in Iraq, Trump sought to turn the page with a speech outlining an economic platform of tax breaks and regulatory rollbacks.

But in what was surely unwelcome news for Trump's campaign, 50 heavyweight Republican national security officials, in a letter published on Monday, said that Trump would be "the most reckless president in American history." Trump hit back, saying the signatories "deserve the blame for making the world such a dangerous place."

Trump faced more dissent within his party on Monday. A former CIA officer, Evan McMullin, announced he would run as an independent alternative to Trump for conservative Republicans, and Republican Senator Susan Collins said she would not vote for Trump.