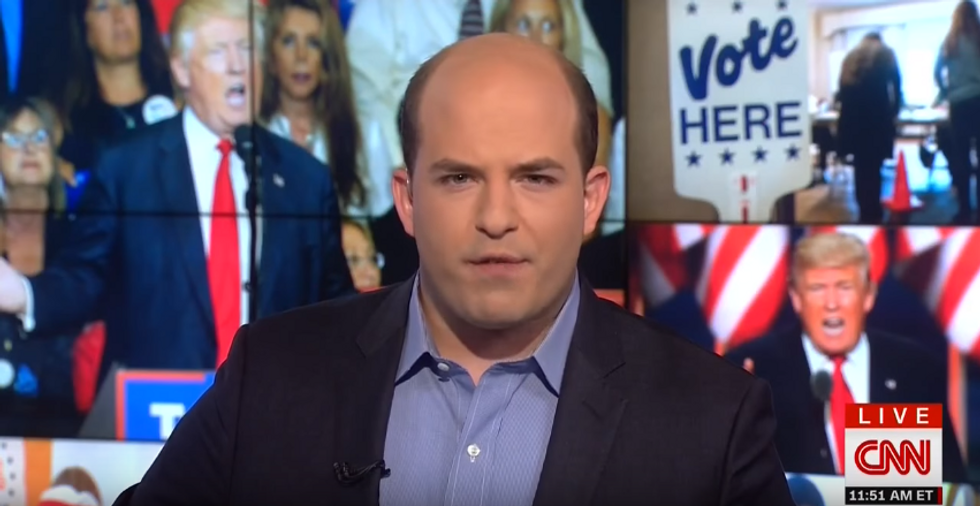 The sexual harassment scandal that has rocked Fox News for the past month has unearthed a lot of shocking revelations about how former CEO Roger Ailes ran the conservative cable news network.

All the same, Media Matters points us to a new revelation put forth on Tuesday by CNN's Brian Stelter that might be the strangest thing we've heard yet.

It seems that when he was an up-and-coming reporter, he went out on some dates with a staffer at Fox News who turned out to be a spy sent over by the network to keep tabs on rival reporters.

"About ten years ago I had a crush on a woman at Fox News," Stelter explained. "She was a low level staffer. I was in college at the time. So I was going out on what I thought were dates. Chris, I thought these were dates. These were not dates. She was actually reporting back to Fox News about me."

And what, exactly, did Fox News hope to get out of her dates with Stelter?

"She was reporting back about what I thought of her and about CNN and MSNBC and Fox," Stelter continued. "Because I was a reporter on the beat, they were actually spying on me that way. Now I didn't think that was a big deal at the time. I thought it was the way Fox operates. Fox is a political organization. But now we know they were actually sending out private investigators. They were tailing other reporters. "

Stelter's comments came during a conversation about the way Ailes used to allegedly spy on his own staff members. Stelter said that, in addition to spying on his own people, reporters from other news organizations suspected for years that Fox was trying to snoop on them as well.