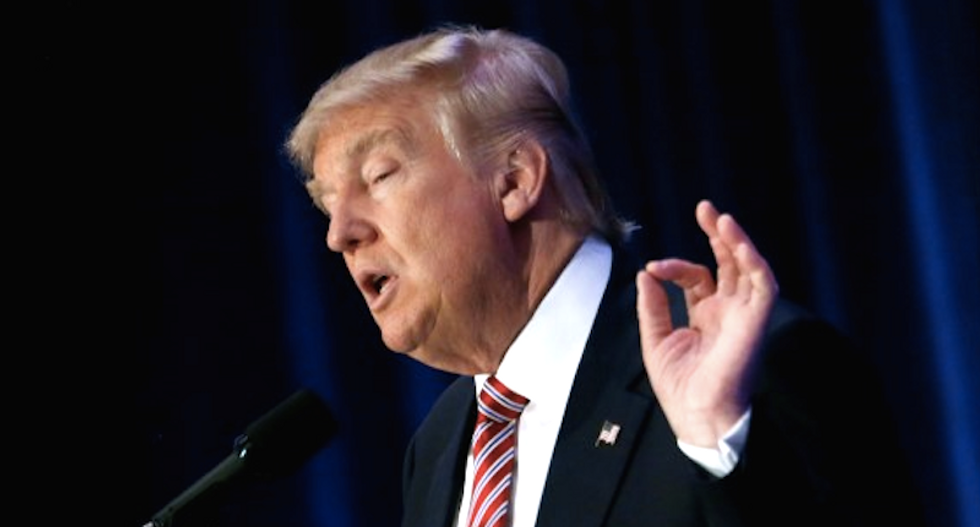 Republican presidential nominee Donald Trump's campaign team is to meet officials from the Republican National Committee on Friday in what was described as a routine meeting to discuss joint operations in the state of Florida.

Officials for both the Trump campaign and the Republican National Committee said the session is the type of typical meeting that takes place in the middle of a presidential campaign with three months to go until the Nov. 8 election.

Trump was not expected to attend the Orlando gathering after staging a rally near here on Thursday. He is to hold separate events on Friday in Erie and Altoona, Pennsylvania.

The New York businessman is struggling to get past a rough patch during which he has suggested gun rights activists could take action against Democratic nominee Hillary Clinton, a statement he said was aimed at rallying votes against her.

He is currently behind Clinton in opinion polls, and many Republicans are alarmed that not only could the party lose the chance to win the White House but that Republican majorities in the Senate and House of Representatives could be at stake.

In recent weeks Trump has seen a steady stream of moderate Republicans vow not to support him, such as U.S. Senator Susan Collins of Maine, while 50 Republican national security experts signed a letter opposing him.

Trump has blamed the U.S. news media for taking many of his comments out of context, and on Thursday night, some of his supporters heckled and cursed reporters who covered his rally in a large arena in nearby Kissimmee.