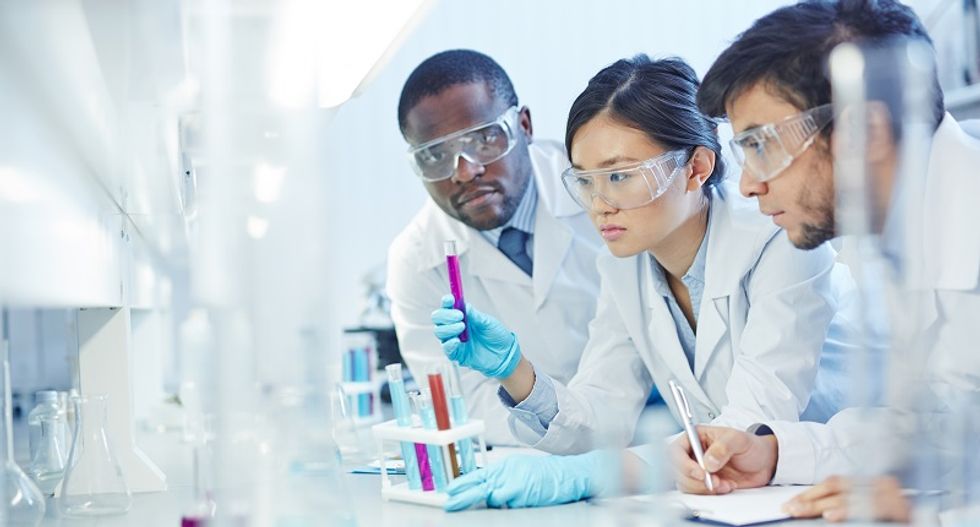 The National Institute of Health is lifting a previous moratorium banning scientists from creating animal embryos that have human organs or cells, National Public Radio reports.

But now scientists can get federal dollars to create "chimera" embryos -- as long as they follow a carefully-crafted set of rules. A chimera is an organism that has DNA from one or more organisms. The name comes from Greek mythology -- a winged fire-breathing monster with a lion's head and goat's body that served as a bad omen for looming disasters.

Scientists hope to use human organs grown in animals like pigs, sheep and cows for transplants and use the embryos for medical research.

According to Science Magazine, the controversy started when Professor Juan Carlos Izpisúa  Belmonte at the Salk Institute for Biological Studies, in San Diego, learned that he was a top-ranked applicant for the NIH's Pioneer Award -- which bestows $500,000 for five years of research. But late last year, he was told his application was on hold.

The NIH put research using chimera embryos on hold in September “while the Agency considers a possible policy revision in this area.”

"I’m not upset," Belmonte told Science in October. "Quite the opposite. I think it is great that we openly discuss this and hope that a conclusion is reached."

At issue are the use of pluripotent cells -- a powerful stem cell that can develop into any kind of cell in the body. While the medical promises seem obvious, scientists worried the cells could develop into brain or reproductive cells in animal-human offspring.

To prevent this science fiction horror movie scenario from coming to life, scientists have put stringent restrictions in place. For example, policy prohibits the introduction of human cells into non-human primate embryos, like monkeys and chimpanzees. Some experiments will go through an extra layer of government review before commencing. Or animals created with human sperm or egg cells could prove useful in understanding human development -- but special steps would be taken to prevent such creatures from breeding.

"At the end of the day, we want to make sure this research progresses because its very important to our understanding of disease. It's important to our mission to improve human health,"Carrie Wolinetz, associate director for science policy for NIH said in an interview with NIH. "But we also want to make sure there's an extra set of eyes on these projects because they do have this ethical set of concerns associated with them."

The new research horizons are not without vocal critics, who fear scientists are charting dangerous new territory.

"Science fiction writers might have imagined worlds like this — like The Island of Dr. Moreau, Brave New World, Frankenstein," Stuart Newman, a biologist at New York Medical College, told NPR. "There have been speculations. But now they're becoming more real. And I think that we just can't say that since it's possible then let's do it."