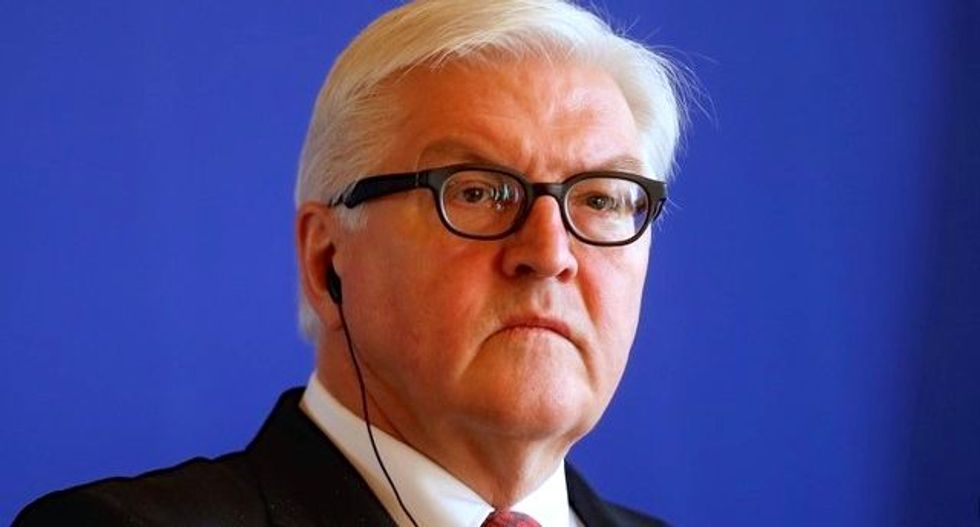 A series of controversial remarks by U.S. Republican presidential nominee Donald Trump show that the world should be concerned if he is elected president, a spokeswoman for German Foreign Minister Frank-Walter Steinmeier said on Wednesday.

Trump, a billionaire businessman seeking his first public office, has courted controversy with a string of inflammatory statements about women, Mexicans, Muslims and war veterans, among others.

Steinmeier, unlike Chancellor Angela Merkel who has said she will not comment on the U.S. election, is not neutral on the issue because he believes it is important to draw attention to the dangers posed by Trump, said spokeswoman Sawsan Chebli.

"He is indeed not neutral on this question because he thinks that if you follow what Trump is saying then you need to be really anxious about what could become of this world ... if (he) does in fact become president," Chebli told a regular government news conference.

Steinmeier is from the centre-left Social Democrats, the junior partner in Merkel's conservative-led ruling coalition.

A spokeswoman for Merkel said the chancellor did not wish to interfere in the U.S. election campaign.

On Monday 50 prominent Republican national security officials, including a former CIA director, described Trump as unqualified to lead the country and said he would be "the most reckless president in American history".

Trump is currently in the firing line after suggesting on Tuesday that gun rights activists could act to stop Democratic rival Hillary Clinton from nominating liberal U.S. Supreme Court justices.