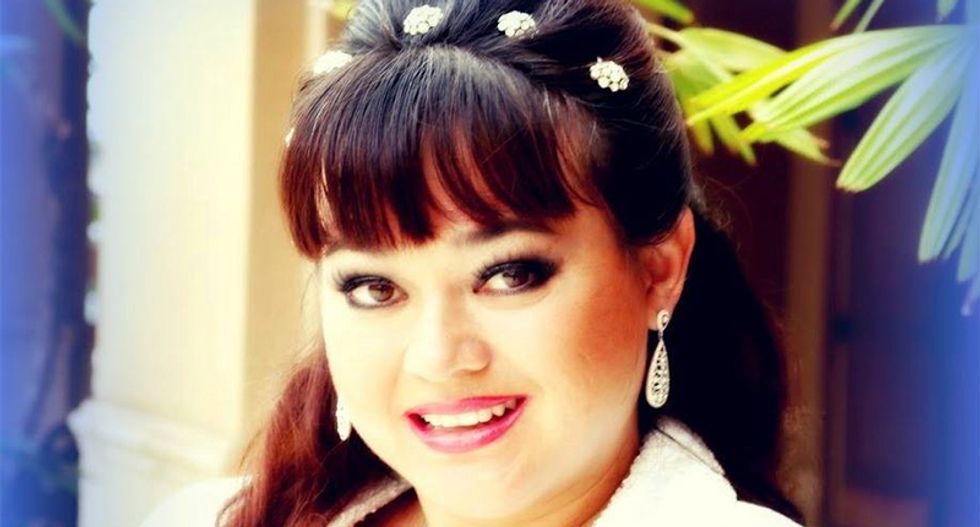 The chair of the Republican party of Hawaii is urging fellow party members to disavow his own congressional candidate in the 2nd District after the GOP candidate attacked Rep. Tulsi Gabbard (D-HI) for her religion and faith.

GOP candidate Angela Kaaihue issued a press release last week saying that Gabbard and former Congresswoman Colleen Hanabusa “worship the devil,” and called the Democratic Party the “Devil Democratic State." Her meme, that has since been deleted from her Facebook page, read in part, "Some Christians say, a vote for Tulsi Gabbard is a vote for Satan, the devil do you agree or disagree?"

“Then Hawaii, YOU can have YOUR so-called ‘perfect’ pathetic Hindu 1000 GODS leader along with YOUR pathetic ‘career politician’ Buddhist Hanabusa, and your pathetic American Traitor, And my family and I will go our merrily way,” Kaaihue said according to the Honolulu Civil Beat.

The Republican party chair was quick to attempt to dissociate his party from her attacks. “I want it understood by the general public and the media that the recent inflammatory comments made by candidate for Congress (CD2) Angela Kaaihue do not represent the views, values, or the sentiments of our Party and its members,” GOP chair Fritz Rohlfing said in a release. “Her vulgar, racially-bigoted, and religiously-intolerant descriptions of Democratic Party candidates are offensive, shameful, and unacceptable in public discourse.”

Kaaihue shot back that the party chair should be cautious because he's attacking the "messenger of God."

"The biggest liar and deceiver is Satan, the Devil. To call one a racist bigot, when they have taken over our America, GOD's Country, and while most people do nothing, and allow it to happen, YOU are guilty for NOT standing up for GOD," the word-salad on Facebook continued. "The biggest liar to call one a Racist Bigot! Take a stand for GOD, Christianity is the birth religion of America."

She further alleged that the state's GOP is identifying themselves as "taking the mark of the beast."

The Texas-born woman further condemned a “local dumb mentality," claiming if "my neighbor Gov. Ige and his Japanese constituents" would settle a legal dispute over some land that she would drop out of the race.

A prominent chain of luxury resort hotels has pulled out of hosting a GOP event after an explosion of outrage on social media.

On Saturday, Loews Hotels announced on Saturday that they were "horrified" by the invasion of the Capitol — and that they would no longer be hosting a February fundraiser in Orlando, Florida for Sen. Josh Hawley (R-MO) at the Portofino Bay Hotel at Universal Orlando.