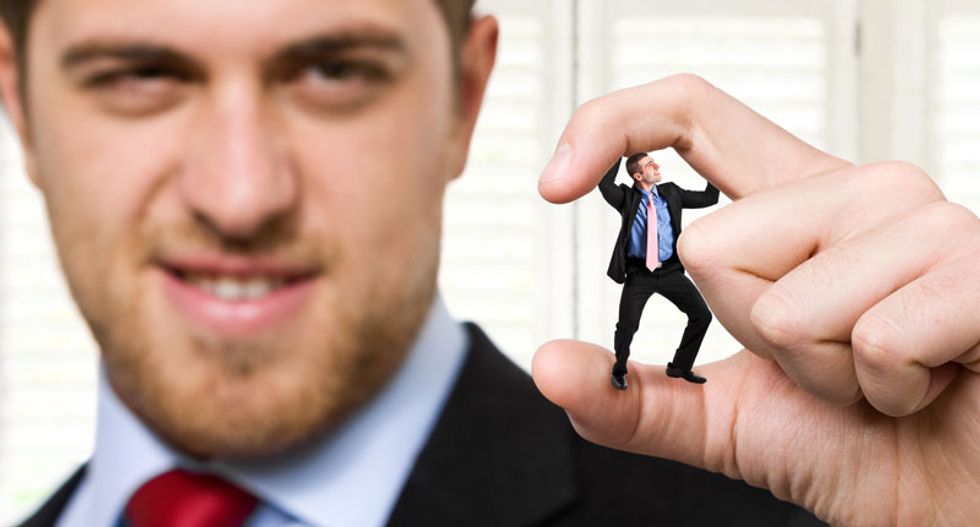 There are obvious signs you’re about to be terminated: You’ve had several poor performance reviews, you don’t get along with your supervisor, or your company is having financial difficulties. And some employees deserve to be let go: they may be unproductive, confrontational, dishonest, or abusive.

But many people who are shown the door are none of the above. They’re simply deemed “not a good fit” anymore. The company considers their skill sets not aligned with what they need for their positions. Being escorted out of the building clutching a cardboard box is the ultimate parade of shame. Devastated by rejection and left wondering what they did wrong, terminated employees enter the world of unemployment doubting their abilities and professional worth.

You should learn to read the writing on the wall and leave your job on your own terms, with a new, and hopefully better job before you get the boot. Here are 10 clues that your job might be on the line.

While a title change not tied to a promotion might not be bad news in itself, it’s important to see the change in a larger context. Will your new title give you less authority than you had before? Will your new duties be suited to your experience and education? For example, a lateral movement from business development to operations might leave you uninspired or doing a job you’re not trained for.

Putting employees into roles they’re not familiar or comfortable with is rarely a mistake made by Human Resources departments. It’s a deliberate sink-or-swim approach to management. Worthwhile employees are expected to thrive when given new, and even unpleasant new duties. Employees who do not adapt well to these changes are then identified as disillusioned, which often precipitates their eventual departure. As a company reinvents itself, it’s HR’s job to retain only those employees they know will happily put up with whatever is thrown at them.

Past performance reviews don’t matter; one day the company considers your age and determines you’re obsolete. Now it’s the job of the company to build the case against you, implying that you’re suddenly not able to meet the expectations of your job.

“If, after years of great performance reviews, you’re getting reprimanded for things everyone does, or being nitpicked for things the company didn’t care about before, it’s possible that the company is gearing up for what I call the ‘suddenly stupid defense.’ They’re building a case to get rid of you for poor performance—trying to show a ‘legitimate reason’ other than age for firing you. If you’re being targeted for write-ups when younger employees do the same things and aren’t written up, you may have an age discrimination claim.”

Corporations use buyouts as a tool to pare institutional memory and rid themselves of long-term employees they see as a hindrance to change. But the reasons go deeper then that. When a new management team takes over a company, employees with long organizational histories are seen as a challenge to management’s authority, which theoretically leads to morale problems.

If the company’s goal is to rid itself of its long-term employees, it’s not stopping there. Buyouts are the first step in a larger workplace purge and unfailingly precede targeted firings. Even if company makes their buyout quota, any employee that meets its criteria remains a target for dismissal.

So, if you qualify for a buyout that is offered by your company, you may want to consider taking it, according to financial adviser Roger Wohlner. It’s probably the best offer you’re going to get.

“If your company has identified you as somebody who might be a good candidate for a buyout offer this generally means you are on their list,” writes Wohlner. “I’ve invariably seen folks who have turned down the first offer finding themselves out of a job within a year or so.”

“If there was someone we no longer wanted at the company, we’d give him all the worst assignments on impossible deadlines, set him up to fail, and document that. After a few months, we could safely terminate him, ” says Cynthia Shapiro, former human resources executive and author of Corporate Confidential.

In this scenario, the employee is required to deliver on an immense project, but time and resources are purposely withheld. Alternatively, the employer gives the employee an easily accomplished task, only to sabotage the work. When it comes time for the employee’s review, that’s when the real bullying happens: The supervisor chastises the employee for the failure, leaving the employee a mess of self doubt, unable to justify their value.

Not only is this machination a form of corporate gaslighting used to break an employee’s spirit, it’s a form of workplace discipline that telegraphs a message to all employees: If management can coldly take out someone who had been highly regarded, anyone could be next.

Poor performance reviews are not required for companies to fire at-will employees. However, firing someone after a glowing review might raise red flags and leave the company exposed to a wrongful termination claim.

An unfairly poor performance review could be disputed by an employee and create ill feelings, not only between the supervisor and the employee, but throughout the workplace. To keep morale in check while a company prepares for an employee’s eventual departure, one mediocre performance review provides the company some cover.

Meanwhile, these same employers may view employees stuck in a dead-end job as complacent, with no sense of urgency and not motivated to compete, which puts their jobs at risk. Once you’re marked for termination, it dawns on them, they’ve actually got to replace you. So, after many years, if you find that your supervisor is asking you to train a co-worker, you probably won’t have that job for much longer.

As a former editor at a New York-based publishing company says, “About a month before I was fired, the members of my team started to treat me differently. There were a lot of conversations behind closed doors, sorrowful glances, and nobody would sit with me during lunch. It was like kids shunning the dweeb in middle school. I should have known then.”

When you find yourself looking for work to do, it’s time to brace for impact. However, this is definitely not the time to panic. Use the extra time to search for a new job. Take advantage of your workplace benefits, update your resume and visit a job recruiter.

It may not come to a surprise to you that your supervisor and HR department actively monitors your work activities at the workplace through keycards, surveillance cameras and your work-issued computers and phones.

However, once you’re targeted for termination, your employer may step up the spying, asking other employees about your conversations with them and monitoring your activities on social media after work hours. Such spying is not difficult to spot: The biggest clue is that parts of your conversations with others are repeated back to you. And you may hear comments from your employer about your personal life, which indicates you’re being monitored on social media.

You may also notice that items at your workstation seem to be moved or missing, your chair’s height has been reset, or there are items in your trash bin that you didn’t put there. In the spying end game, your employer is looking to leaf through or remove physical evidence. They might go through your notepad, desk calendar or files to see if you have any information they deem classified, can be damaging to the company, or can be used in your defense in a wrongful termination suit.