'How dare we cover comments he makes': Trump's Jan Brewer gets awesome shade from Jake Tapper 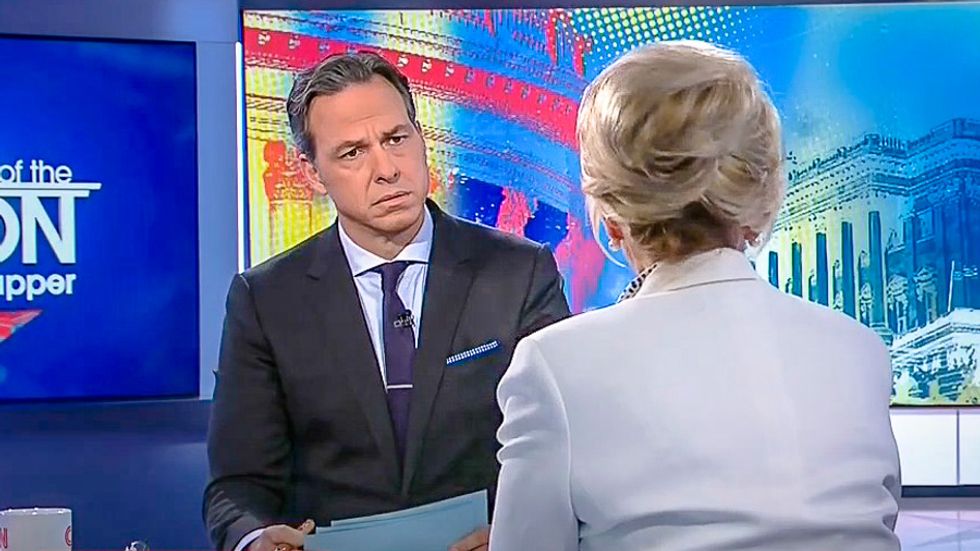 Trump supporter and former Arizona Gov. Jan Brewer (R) found out the hard way on Sunday that CNN's Jake Tapper had reached his limit with the Trump campaign blaming the media for its failures.

Tapper began his State of the Union program on Sunday by calling out campaign chair Paul Manafort after Trump said that the media had created a controversy about his perceived call to assassinate Hillary Clinton.

In a later segment, Tapper asked Brewer if she was disturbed when Trump's undisciplined comments undermined his own campaign.

"Doesn't that bother you?" the CNN host asked. "You want him to win!"

"I believe the American public wants him to win," Brewer replied.

"Not according to polls," Tapper noted.

"Well, we have polls that are saying that he clearly is closing that gap now," Brewer insisted. "The media tends to look at a few little statements that he might say off the cuff and blow them up. Let's talk about the policies he puts out."

"We want to hear more about that," she added. "Rather than the press completely and continuously just beating down on certain little one-word sentences."

"How dare we cover the comments he makes," Tapper jabbed as he moved on to his next question.