‘I’m not a scientist’: WA school superintendent candidate won’t say whether being LGBT is ‘a choice’ 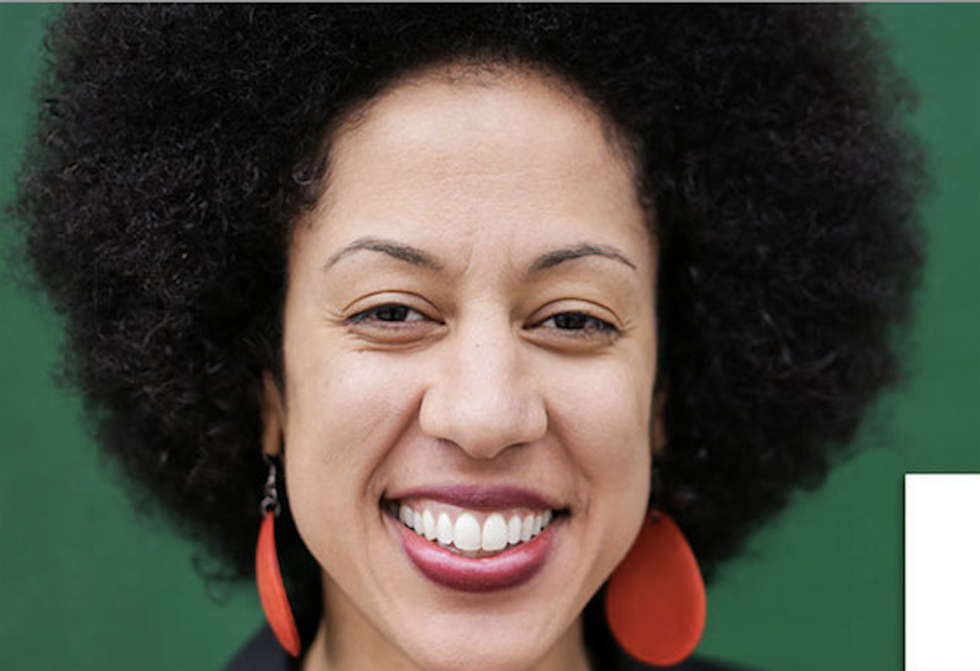 LGBTQ activists and supporters are urging Washington state voters not to support one of the candidates for superintendent of public instruction because of alarming comments that she has made about the LGBT "lifestyle" and her belief that sexual orientation and gender identity are "choices" kids make.

The Seattle Stranger reported Wednesday on comments by former assistant state superintendent Erin Jones and on the swift reaction from LGBTQ organizations, who are throwing their support behind Jones' opponent, Chris Reykdal.

Earlier this year, Jones was asked by conservative website the Southwest Washington Education blog whether she feels that it's okay to "teach transgenderism to kindergartners."

Jones said, "I do not think it is appropriate” and went on to say that teaching LGBTQ tolerance to young children will make them “feel additional pressure to ‘choose an orientation.’”

The Stranger noted, "'(T)ransgenderism' is a term used mainly by anti-trans activists, and likewise for the idea that a person is able to choose their sexual orientation."

The alt weekly interviewed Jones on Aug. 25 and she refused to say explicitly whether she believes it is a "sin" for LGBTQ people to exist and express themselves genuinely. In other conversations she has referred to the LGBTQ "lifestyle" -- a rightwing trope pioneered by Moral Majority-era Christian conservatives as a means of painting sexual orientation and gender identity as "lifestyle choices" rather than inborn traits.

Reykdal and Jones' agendas appear similar on the surface. Both candidates have pledged to close the achievement and opportunity gaps between white students and students of color. Both want to ease the testing burden on students. Both want fairer standards for assessing teacher job performance. The only light between the two platforms is that Jones is slightly more favorable toward charter schools than Reykdal.

However, LGBTQ rights advocates say they cannot support Jones due to her retrograde views on orientation and identity.

Monisha Harrell -- chair of Equal Rights Washington (ERW)'s board of directors said, "We recognize that [Jones is] learning, but this person has to be on the job in just a few months. The future of our kids is too important.”

The idea of "teaching transgenderism to kindergartners" is a conservative canard that grew out of a move by state health officials in March to include education on topics like gender and sexual orientation in elementary school curricula across the state.

"Research shows that most kids are aware of gender expression by the age of 3, and in keeping with national sex and education standards, the Office of the Superintendent of Public Instruction (OSPI) added a section on 'self-identity' to the recommended state standards for elementary school education," wrote the Stranger's Sydney Brownstone.

Nathan Olson -- a spokesman for the OSPI -- said, "For kindergarteners, self-identity is an awareness of gender expression and identity. It could be as simple as asking, ‘Is it okay for boys to wear pink? Is it okay for girls to play sports?’ I wouldn’t say it’s even tackling gender norms, but opening up [students’] understanding of what they think of as gender—and that’s it.”

Nonetheless, Tucker Carlson's The Daily Caller went into a panic, publishing lurid headlines about kindergartners getting indoctrinated into "transgenderism." The Southwest Washington Education blog was echoing the ginned-up controversy when it put the question to Jones about her views on the topic of gender identity.

“I am concerned about the prioritization of this curriculum over all else," she said.

Reykdal responded to the same question by flatly and emphatically rejecting its premise. “The standards do not promote cross-dressing and other fabrications of the extreme right,” Reykdal wrote. “They teach gender identity and self awareness. These are good things not to be vilified.”

When the Stranger asked Jones whether children choose to be LGBTQ, she replied that she doesn't know.

“I think they’re born that way,” she said. “I’m not a scientist. I don’t know exactly. I think for most children it’s not a choice.”

The ERW's Harrell told the Stranger that in light of conservatives' ongoing war against LGBTQ youth -- a contest whose battles are being fought in classrooms, locker rooms and school bathrooms all across the country -- Jones' views make her a risky choice for the state's schools.

“We need the allies who aren't just allies when they know they’re going to get caught, but who are allies when we are not even in the room," Harrell said.

As Sen. Mitch McConnell (R-KY) mulls whether to convict former President Donald Trump in the upcoming Senate impeachment trial, New Yorker reporter Jane Mayer says that the former Senate majority leader will face serious Trump-related problems in the next four years no matter what he chooses.

In particular, Mayer said that McConnell has to be concerned about a vengeance-hungry Trump running primary challengers against any Republican senators who have been insufficiently loyal to him.

President Joe Biden is inheriting a demoralized and broken White House Office of Management and Budget.

Former president Donald Trump chased off many of the career staffers in the office and replaced them with political loyalists, and the remaining workforce is exhausted from the chaos in the previous administration, reported Politico.

President Donald Trump's brazen flirtation with white supremacy finally blew up in the January 6 siege of Capitol Hill. But as he clasped onto white nationalism –famously directing from the presidential debate stage "Proud Boys: Stand back and stand by"— few in his party voiced objections. How did the Republicans get to such a parlous place? The answer begins back in 1964 – the election that defined the modern GOP.

The earthquake began during the Democratic primaries. George Wallace, a pugnacious segregationist from Alabama, went to Wisconsin and challenged President Lyndon Johnson with a truculent, bluntly racist campaign. Wallace savaged the Civil Rights Act –which was then facing a segregationist filibuster in Congress— as a foreign plot designed to rob hard working white Americans of their jobs, their neighborhoods, and their way of life. He warned white people of the looming danger, chanted "law and order" like a mantra, and insisted that he'd run right over any protester who tried to block his car.