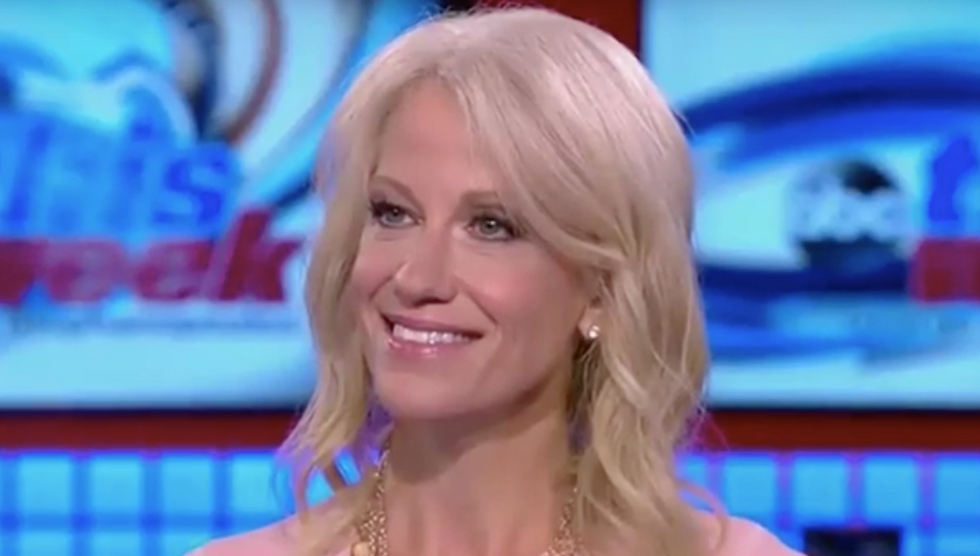 Mediaite reported that Conway told ABC's George Stephanopoulos that when Trump said African-Americans they've got "no education, no anything," he was trying to be nice.

"(M)any in the African-American community saw [Trump's remarks] as insulting because they say most African Americans don’t live in poverty and that Mr. Trump was making those comments in communities that are more than 90 percent white," said Stephanopoulos.

"Those comments are for all Americans," Conway insisted. "And I live in a white community. I’m white. I was very moved by his comment. In other words, he is trying to tell Americans that we can do better."

She went on to quote the debunked statistic that 58 percent of black youth are unemployed -- which is only true if you count all black youth currently enrolled in high school and college.

"(I)f you think 58 percent of unemployment in the African American youth community is a good idea, then absolutely please go vote for Hillary Clinton, everyone," said Conway. "But he’s saying, you can’t do any worse."

Watch video of the interview, embedded below: