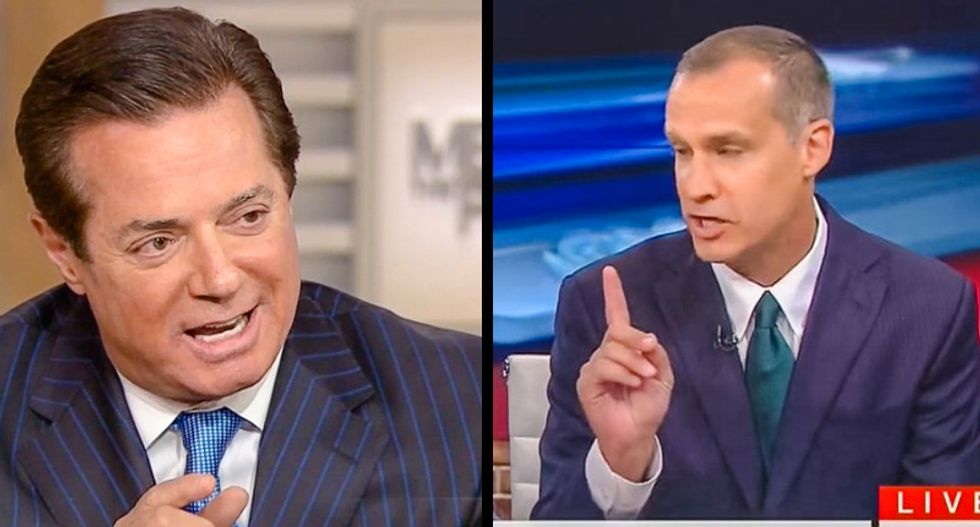 According to the story, Manafort's work was consulting for Ukraine’s political party in power. Investigators say the network Manafort is associated with was once used to steal assets and control elections in the country. The ties to Russia and Ukraine came under attack when the FBI found that Russian government hackers were responsible for the hacking of the Democratic National Committee. Interestingly, the DNC staffer who was researching Paul Manafort's ties to Russia had his personal data targeted.

Their expose “offers new details of how he mixed politics and business out of public view and benefited from powerful interests now under scrutiny by the new government in Kiev.”

“He understood what was happening in Ukraine,” the Times quotes Vitaliy Kasko, a former senior official with the general prosecutor’s office in Kiev. “It would have to be clear to any reasonable person that the Yanukovych clan, when it came to power, was engaged in corruption.”

Adding, “It’s impossible to imagine a person would look at this and think, ‘Everything is all right.’”

Manafort has been doing international consulting since the 1980s, particularly for dictators, including Viktor F. Yanukovych who was removed after an uprising in Ukraine before fleeing to Russia two years ago.

Since leaving, investigators have looked into practices under Yanukovych and found what they called the "black ledger," a list of names and how much cash was doled out to them. The ledger was in a third-floor room of the Party of Regions headquarters along with two giant safes filled with $100 bills.

“This was our cash,” Taras V. Chornovil, the former party leader told the Times. Though he claims it was the sketchy financial dealings that caused him to leave the party. “They had it on the table, stacks of money, and they had lists of who to pay.”

“Paul Manafort is among those names on the list of so-called ‘black accounts of the Party of Regions,’ which the detectives of the National Anti-Corruption Bureau of Ukraine are investigating,” the statement outlines. “We emphasize that the presence of P. Manafort’s name in the list does not mean that he actually got the money, because the signatures that appear in the column of recipients could belong to other people.”

The investigation continues detailing questionable off-shore companies that investigators say was used to launder public money that was stolen by a corrupt government.

It wasn't long before Trump loyalist and paid CNN shill Corey Lewandowski tweeted the story. Lewandowski and Manafort were notorious for infighting on the Trump campaign while Lewandowski was at the helm. He's also spent the last few months, since being fired from the Trump campaign, attacking Manafort in the media, including calling for Manafort's immediate dismissal after Melania Trump's plagiarism scandal at the Republican National Convention.

According to The Hill, many jumped on board the Lewandowski train, agreeing that the relationship doesn't look good for Manafort.

Others pointed out the hypocrisy of the Trump campaign and his loyalists, declaring that they seem to love the media when they're giving him free advertising and promoting his campaign. The second they begin investigating, however, it's time to ban them all.

Others joined in, simply to watch the show and mock:

Corey Lewandowski and Paul Manafort are both equally awful people. It's impossible to choose which one to root for. https://t.co/RRXV8HcOu2
— Russell Drew (@Russell Drew) 1471228713.0