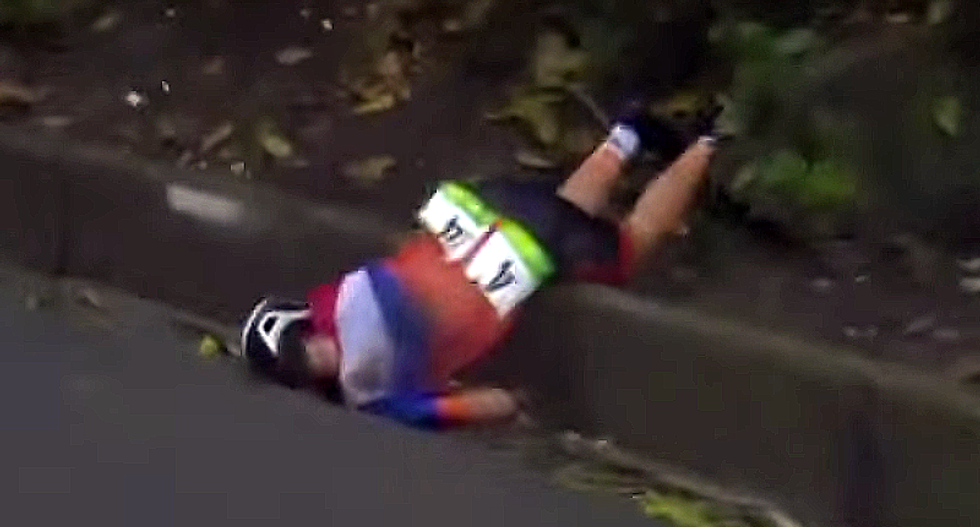 Dutch cyclist Annemiek van Vleuten is in Rio de Janeiro competing in this month's Olympic games and was well ahead of everyone when she crashed taking a sharp curve. She flipped over her handlebars and was knocked unconscious. At the hospital, it was announced she had spinal fractures and a significant concussion.

Once she was stabilized, awake and feeling better, she tweeted thanks to well-wishers from her hospital bed, assuring them that she’d “be fine” but was “super disappointed,” because  “this chance is 1 in 4 years, doesn’t make it easy.”

But that was when one Twitter bro attempted to mansplain cycling to one of the best cyclists in the world, according to Fusion.

Mr. Betancourt's tweet earned him ire from social media users who mocked him for not knowing how to tweet, his incredibly simplistic recommendation and for being both "an ass" and "a d*ck."

@MartinArielB could you manage to be any more patronising? I heard no such 'helpful advice' to the men when they crashed #everydaysexism
— DIANE SAMUEL (@DIANE SAMUEL) 1470656105.0

@MartinArielB Your mother must be so proud. This will be the only time in your meaningless existence you’ll ever get noticed. #mouthbreather
— Patrick Onofre (@Patrick Onofre) 1470661535.0