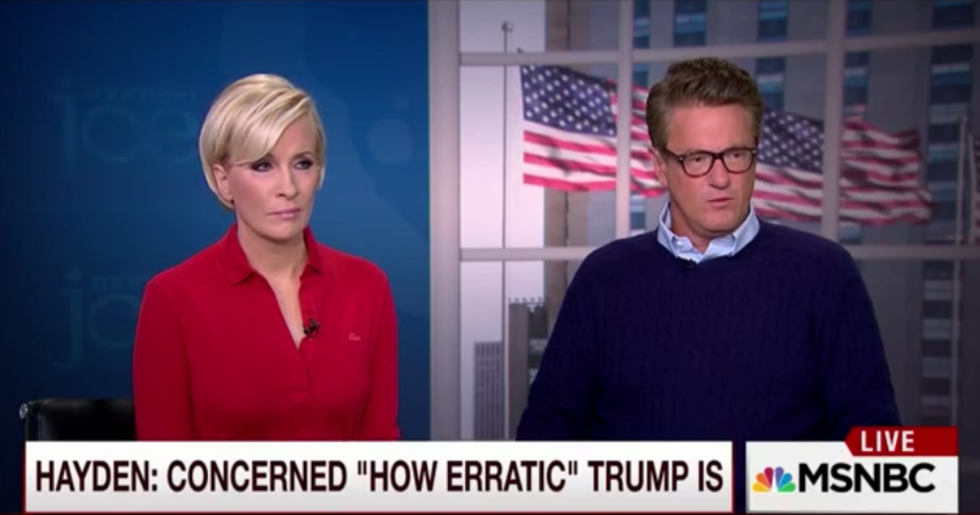 It's safe to say that Joe Scarborough might be finally done covering for Donald Trump.

Although the Morning Joe co-host has alternated between praising and attacking Trump throughout his presidential campaign, on Wednesday he dropped a bombshell that makes it impossible to imagine him ever coming to Trump's defense again.

According to Scarborough, a foreign policy expert who briefed Trump told him that the Republican nominee repeatedly asked him about our country's reluctance to use nuclear weapons.

Scarborough then asked his guest, former CIA and National Security Agency Director Michael Hayden, about whether there were any ways to stop Trump from ordering a nuclear strike if he were elected president.

"The system is designed for speed and decisiveness," Hayden replied. "It's not designed to debate the decision."

If Scarborough's account here is accurate, of course, he probably should have mentioned it before the Republicans decided to nominate Trump to become the most powerful person in the world.

Watch: What are some major concerns about Trump's handling of national security? Hayden and #morningjoe weigh in. https://t.co/FyFoSmJlJI
— Morning Joe (@Morning Joe) 1470221507.0