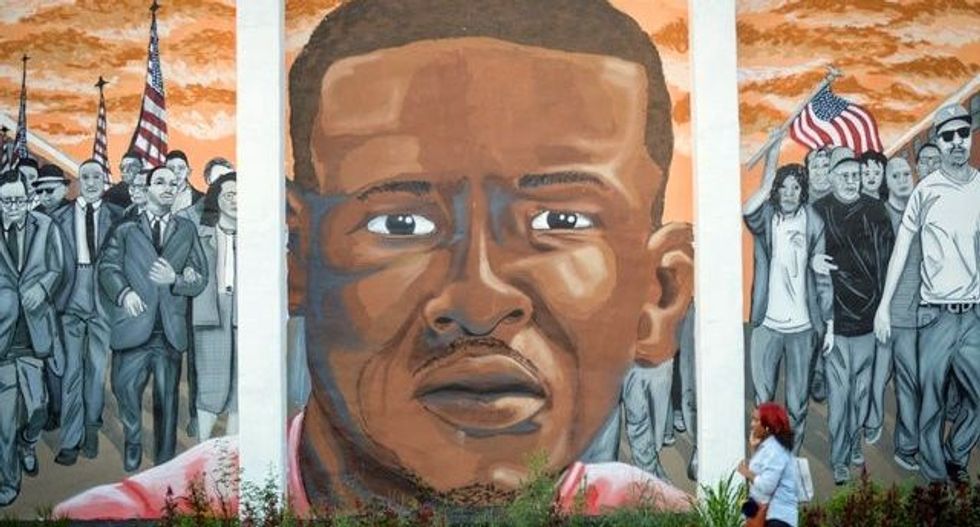 A woman talks on her cell phone as she passes a mural of the late Freddie Gray in the Sandtown neighborhood of Baltimore, Maryland, U.S., July 27, 2016. REUTERS/Bryan Woolston

The U.S. Justice Department is preparing to announce that it has found unconstitutional practices within the Baltimore Police Department in a probe stemming from the death of black detainee Freddie Gray last year, two newspapers reported on Tuesday.

The Wall Street Journal and the Baltimore Sun said the findings were expected to be released on Wednesday. Spokesmen for the police and the Justice Department declined to comment.

The Justice Department launched the investigation shortly after Gray's death in April 2015. Police had arrested Gray, 25, for fleeing unprovoked in a high-crime area. He suffered a neck injury in a police wagon while shackled and handcuffed, and died a week later.

The incident triggered rioting and protests in Baltimore, a majority black city of about 620,000 people. It fueled a national debate on police tactics and stoked the rise of the Black Lives Matter movement.

Quoting people familiar with the Justice Department's decision on the findings, the Journal said the 10 years of police conduct that had been probed included racial disparities in stops and arrests of suspects, poor training and a lack of effective community policing.

The review also included internal-affairs investigations of alleged misconduct by officers and the police department's failure to fully probe allegations of sex crimes, the Journal said.

The Sun cited two people familiar with the findings as saying the report showed that police routinely violated the constitutional rights of city residents by conducting unlawful stops and using excessive force.

The Justice Department is preparing to seek a settlement with Baltimore, likely involving an outside monitor, the Journal said.