Lawmaker insists Noah's Ark proves climate change is a hoax: 'God is in charge of the weather' 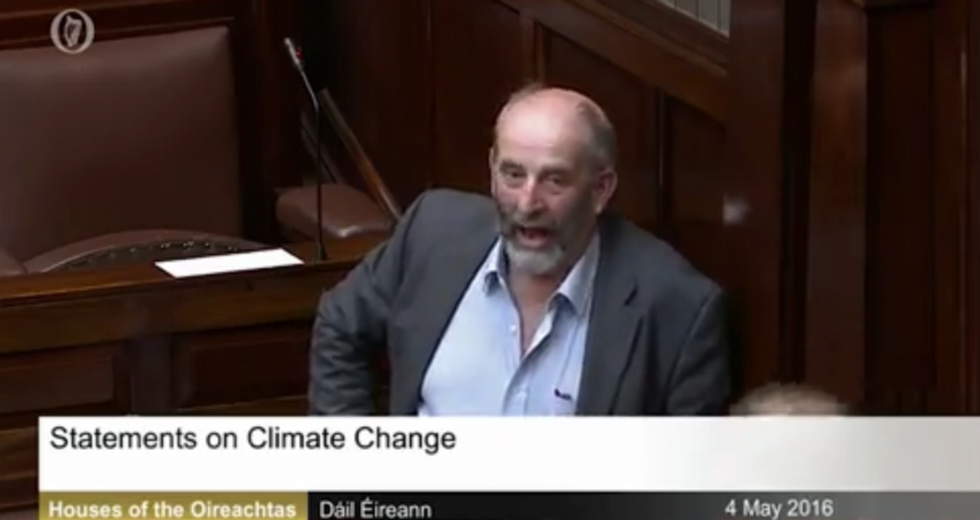 A politician in Ireland has come up with what might be the most creative climate change denial yet.

The Irish Independent.ie reports that Danny Healy-Rae, an independent Teachta Dála for the Kerry constituency, believes that the story of Noah's Ark proves that climate change is a giant hoax.

Why, you ask? Because it proves that only God can control the weather, and it's not up to us to decide what He wants to do with it.

"I believe that God above is in charge of the weather," he said during a Dáil Éireann session earlier this year. "We here can't do anything about it... There have been patterns of climate change over the years, indeed before there ever was a combustible engine."

In an interview with Hot Press magazine, Healy-Rae elaborated on his views that Noah's Ark shows that scientists have no idea what they're talking about.

"I'm basing my views on facts," he said. "The facts are there and history proves it. We had the Ice Age. We had Noah's Ark. We had all those stories. We've proof of the Famine in 1740, which was caused by two years of incessant rain. There were some centuries when the country was very hot... and then there were different centuries with so much rain and cold. So, those are facts."

Independent.ie notes that Healy-Rae also voted against Ireland's same-sex marriage resolution last year because "going back, it was always a man and a woman produced a baby and brought them up" and "that's the way I felt it should continue."