'Like a Sharknado, except with poop': Ex-Breitbart editor says new Trump staff is 'turd tornado' 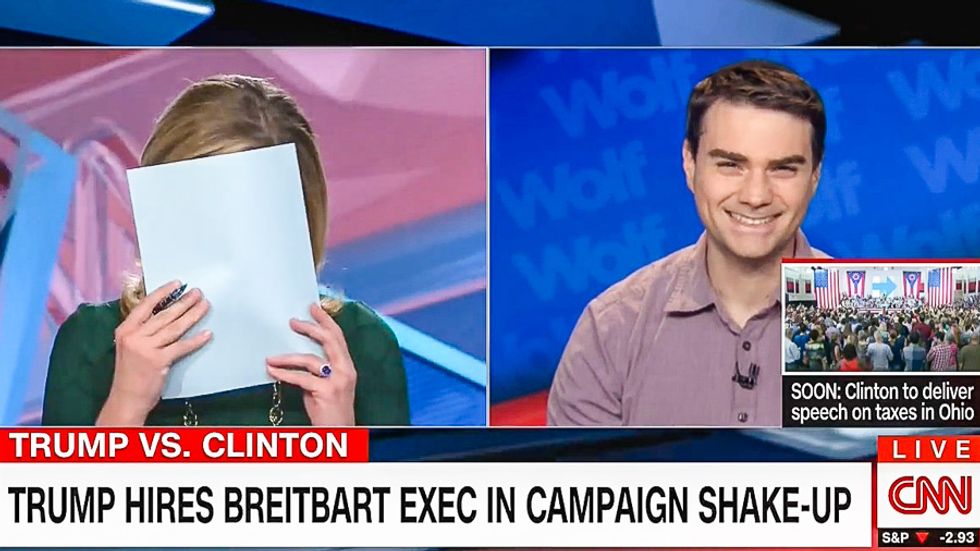 After the Trump campaign confirmed on Wednesday that Bannon would become the organization's CEO, Shapiro penned a blistering assessment of the Breitbart chairman on his Daily Wire website.

Shapiro, who left Breitbart after the website took a pro-Trump turn earlier this year, accused Bannon of turning "Breitbart into Trump Pravda for his own personal gain."

"Steve is basically going to tell Trump to be more militant, to double down, to be more focused," Shapiro explained to CNN's Brianna Keilar on Wednesday. "It does demonstrate the Republican or Trump-media complex that Bannon has helped to create in direct contravention to what Andrew Breitbart once called the Democrat-media complex."

"As you probably know, I think Donald Trump is a turd tornado, but I also know that he has no capacity whatsoever to control himself and be the sort of staid politician that so many people want him to be," he continued. "So, telling him to double down is not necessarily terrible strategy. If he's going to go down, he's going to go down being Trump."

"A what tornado?" Keilar asked.

"What is that?" Keilar pressed, immediately wishing she hadn't.

"Well, it's like a Sharknado, except with poop," Shapiro revealed.

"Okay, that's not quite what I expected," the CNN host admitted.

"Is it sour grapes? Sure, I don't like Steve, I think he's a jerk," Shapiro added. "I left Breitbart at the time and I said they are exactly what they are. I said they are Trump Pravda. I said that they threw their own reporter [Michelle Fields] under the bus."

"I left that job because I said I wasn't going to stand with a site that thought it was more important to kiss the ass of a presidential candidate than to defend its own reporters," he remarked. "Congratulations to Steve Bannon for hollowing out the Breitbart brand, destroying Breitbart's name and making Breitbart a lot of traffic and getting himself a position of power."