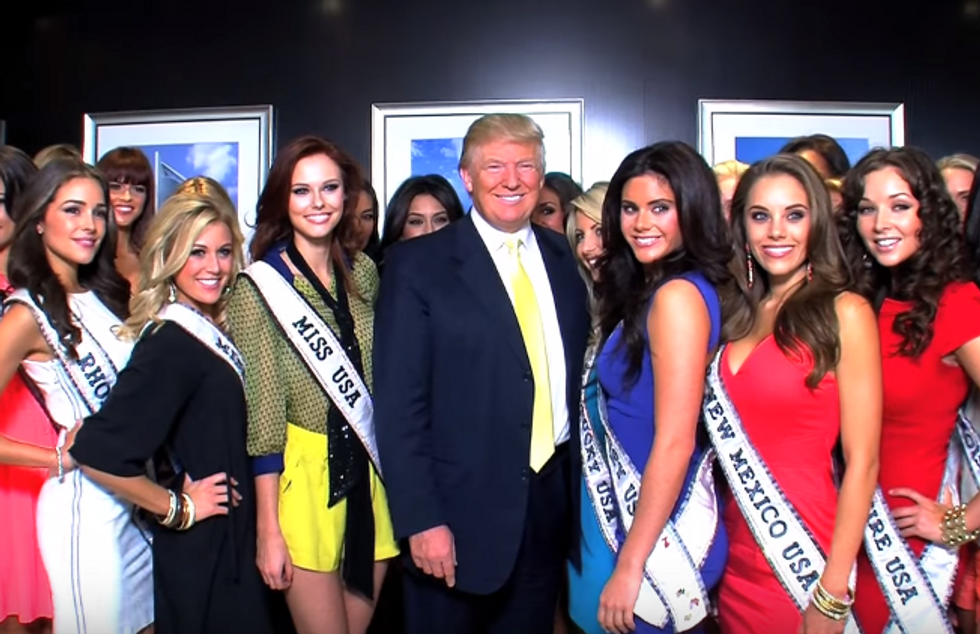 Donald Trump has made illegal immigration the central issue of his campaign -- but he has quite a long history of employing undocumented workers at his own companies.

Mother Jones has just published a big report about foreign-born women who once worked for Trump Model Management and who are alleging that the modeling agency regularly broke immigration laws by getting them into the U.S. and having them do work without obtaining proper visas.

Canadian-born model Rachel Blais gave Mother Jones detailed documentation showing how she worked for Trump Model Management for a whole six months before the agency obtained a proper visa. Additionally, two models from other countries -- given the pseudonyms Anna and Kate to protect their identities -- told the publication that the agency never even bothered to obtain work visas for them.

"I was there illegally," Anna said.

What's more, two of the models claimed that Trump's agency "encouraged them to deceive customs officials about why they were visiting the United States and told them to lie on customs forms about where they intended to live."

And because these models were in the country illegally, the agency had tremendous power over their lives -- after all, most models wouldn't risk defying the company's decisions if they feared deportation.

Among other things, the agency forced its models to live in expensive apartments whose monthly rents chewed through their earnings.

"I only got one check from Trump Models, and that's when I left them," she said. "I got $8,000 at most after having worked there for three years and having made tens of thousands of dollars... It is like modern-day slavery."

Adding to the indignity, the agency often forced multiple models to share these pricey apartments, which meant they were paying a lot of money each month for living conditions that weren't even comfortable.

"We're hoarded into these small spaces," Kate told Mother Jones. "The apartment was like a sweatshop."

The whole report is stomach-churning but well worth your time -- check it out at this link.