Lindsey Graham: Trump has scared away voters -- but he still has a chance to redeem himself 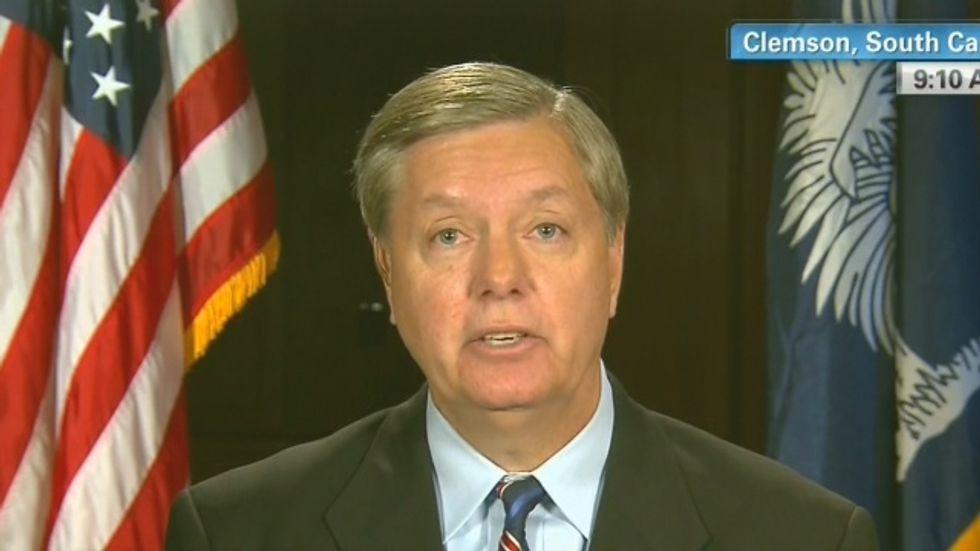 South Carolina Republican Lindsey Graham said Thursday morning on CNN that he believes his party's nominee, Donald Trump, will lose the general election because he has frightened away voters.

Graham, a U.S. senator, criticized Trump for refusing to back party heavy hitters Paul Ryan and John McCain in their reelection bids, and said Trump's erratic behavior has cast doubts on his ability to lead.

"I've said all along he can't take criticism," Graham said of Trump. "If you really want to be president of the United States, this is the best chance you'll ever get, Mr. Trump. You're running against somebody most people don't want to vote for, they don't trust, they don't like. And the reason you're doing so poorly is that you've scared people. They don't think you have the temperament, the judgment for the job. Prove them wrong."

Graham has been a critic of Trump since the beginning of his candidacy, most recently blasting Trump's attacks on the family of Army Capt. Humayun Khan, a Muslim American soldier who died in the line of duty. Khan's family has been outspoken against Trump.

Graham criticized Trump for not focusing on his opponent, Hillary Clinton, and instead attacking the Khans and members of his own party.

Graham also reiterated Trump's accusation that Clinton initiated the payment of $400 million to Iran in exchange for releasing American hostages. The Associated Press has fact checked this claim, concluding the payment was the result of a January 17 settlement stemming from decades of litigation over the purchase of military equipment from the United States in the late 1970s that was never delivered.

The litigation long preceded both Clinton's and Obama's tenures in office.

Watch the interview, as posted to Twitter by CNN, here:

Lindsey Graham on why Trump is withholding endorsements: He can't take criticism. https://t.co/KWpPi7cvqd

Who does Graham trust w/ nuclear codes: Trump or Clinton? "I don't want either one of them" to be president, he says https://t.co/IXg6ZjsUxA

"He gave the Iranians money to get Americans out of jail -- to think anything else is crazy" -- Lindsey Graham https://t.co/s5WoNjwO5S — CNN Newsroom (@CNNnewsroom) August 4, 2016