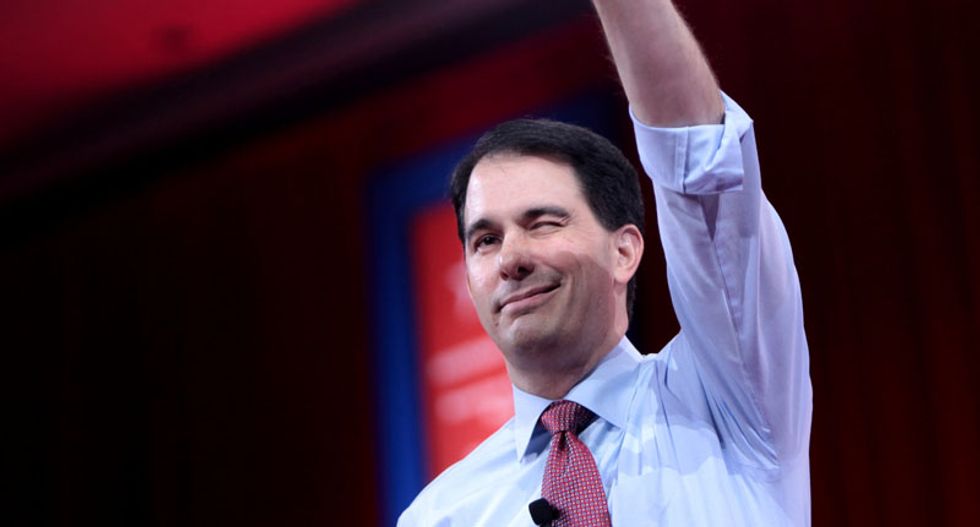 If there's one thing Republicans know a lot about, it's rigging elections, at least that's what Donald Trump supporter Roger Stone says in a column for The Hill.

Trump let the "rigged" word fly in July when he declared that FBI Director James Comey's recommendation not to charge Clinton was due to a rigged system. The rigged system gave way to a "rigged election." Both the media and President Obama weren't happy about Trump's accusations.

After citing a questionable "study" from Stanford, Stone turns his op-ed toward Wisconsin elections. Specifically mentioning the DIEBOLD/PES voting machines, used in most states, and how easily many voting machines can be hacked.

"There is irrefutable evidence that Scott Walker and the Reince Priebus machine rigged as many as five elections including the defeat of a Walker recall election," Stone wrote, adding that a pattern that occurred in the Walker election also happened in the Trump/Cruz primary.

In both instances, polls showed one thing while elections showed another, Stone claimed. "Marquette University poll showing a 20 point shift from Trump ahead by 10% to Trump behind by 10%, which was simply absurd," wrote Stone. "Shifts like that don’t happen over brief intervals of time, absent a nuclear explosion. It didn’t make any sense — unless you knew what was going on was an 'instant replay' of Walker’s victories. The machine Priebus built was delivering for Cruz big time."

Stone doesn't exactly have a sparkling reputation among the GOP. He's proven he'll do whatever it takes to help Trump win, even if that means starting rumors about Ted Cruz's father being a gunman on the grassy knoll.

Like Trump, Stone supports the polls when they're in his candidate's favor. But the polls are clearly wrong and prove a "rigged" system when they don't see Trump as the winner.