Michelle Obama: LGBT characters and racial diversity in TV and movies 'change how you see the world' 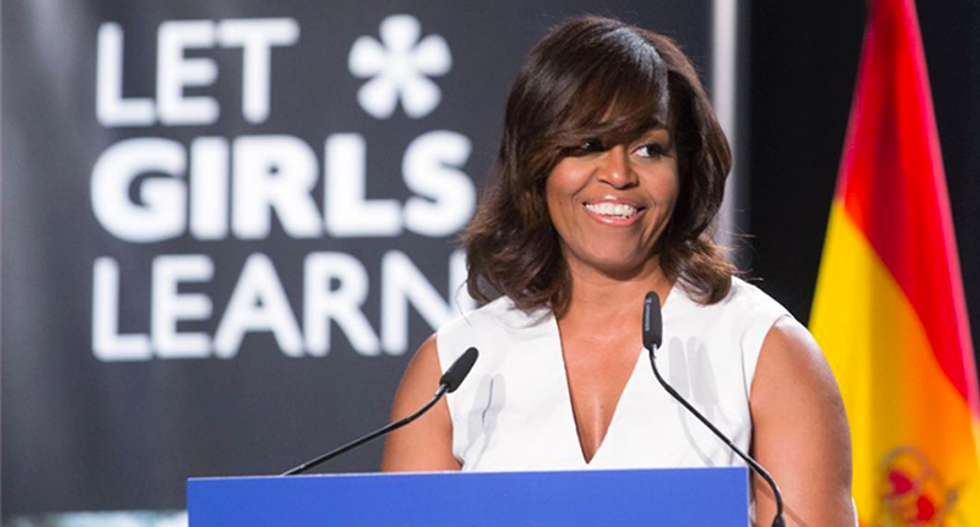 First Lady Michelle Obama said the she believes it's important for TV and films to include characters who are nonwhite and LGBT because it helps viewers feel empathy and understanding toward people who aren't necessarily like themselves.

Pink News pointed to the First Lady's conversation with entertainment industry newspaper Variety in which Obama said, "It has been wonderful having the platform of the first lady’s office."

She talked about the power of the entertainment industry to help people peer into the lives of people different from themselves.

"For so many people, TV and movies may be the only way they understand people who aren’t like them," said Obama. "It becomes important for the world to see different images of each other, so that we can develop empathy and understanding.”

"And when I come across many little black girls who come up to me over the course of this 7½ years with tears in their eyes, and they say: ‘Thank you for being a role model for me. I don’t see educated black women on TV, and the fact that you’re first lady validates who I am,'" she said.

On the topic of LGBT representation in the media, Obama zeroed in on the example of Mitch and Cam from the sitcom Modern Family.

"They become part of who you are. You share their pains. You understand their fears," she said. "They make you laugh, and they change how you see the world. And that is particularly true in a country where there are still millions of people who live in communities where they can live their whole lives not having contact or exposure with people who aren’t like them, whether that is race or religion or simply lifestyle. The only way that millions of people get to know other folks and the way they live...is through the power of television and movies.”

She said that as a girl of 10, she was influenced by The Mary Tylor Moore Show.

"She was one of the few single working women depicted on television at the time,” Obama said. “She wasn’t married. She wasn’t looking to get married. At no point did the series end in a happy ending with her finding a husband -- which seemed to be the course you had to take as a woman. But she sort of bucked that. She worked in a newsroom, she had a tough boss, and she stood up to him. She had close friends, never bemoaning the fact that she was a single. She was very proud and comfortable in that role."

It inspired her, she said, not to think of herself as an incomplete person seeking to be made whole by marriage.

She told Variety, "I was probably 10 or 11 when I saw that, and sort of started thinking, ‘You know what? Marriage is an option. Having a family is an option. And going to school and getting your education and building your career is another really viable option that can lead to happiness and fulfillment.'”