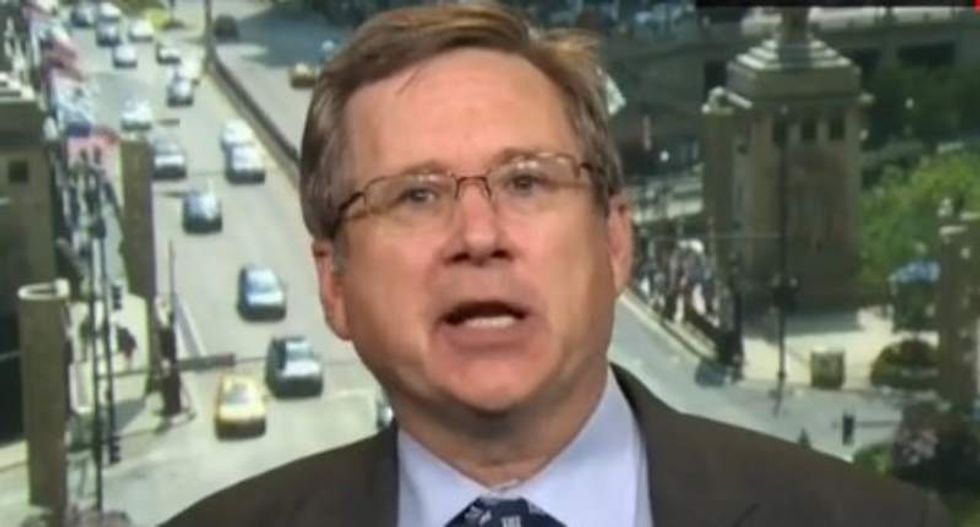 Sen. Mark Kirk (R-IL), who made waves earlier this year when he said he would not vote for GOP presidential nominee Donald Trump, undermined his own argument on Wednesday when pressed by CNN host Brooke Baldwin.

Kirk said he would not vote for Democrat Hillary Clinton, arguing that he "can't support someone who was for the Iran agreement."

Instead, he said, he would write in another Republican, former Secretary of State Colin Powell.

"What do you say to Republicans who will inevitably be saying to you, 'In a sense it's a vote for Hillary Clinton'?" Baldwin asked.

"I would say it's a vote not for Hillary Clinton," Kirk replied.

Unfortunately for Kirk, he failed to mention that Powell also supported the nuclear agreement between the US and Iran.

Last year, in fact, Powell described it as "a pretty good deal" to NBC News, pointing to provisions in the agreement calling for Iran to shut down their plutonium reactor as well as reduce the country's uranium stockpile.

"These are remarkable changes," Powell said at the time. "So we have stopped this highway race that they were going down — and I think that's very, very important."

Kirk also tried to use Powell to evade the question when Baldwin asked him whether he felt Trump or Clinton posed the biggest risk to national security.

"I think right now, if we had Colin Powell at the head of our party we would crush the opposition," he said.

"Sir, he's not running for president, with all due respect," Baldwin responded. "Who's the bigger risk -- Hillary Clinton or Donald Trump?"

"I think right now Hillary Clinton, because in Illinois we understand corruption after the [Rod] Blagojevich years," he replied.