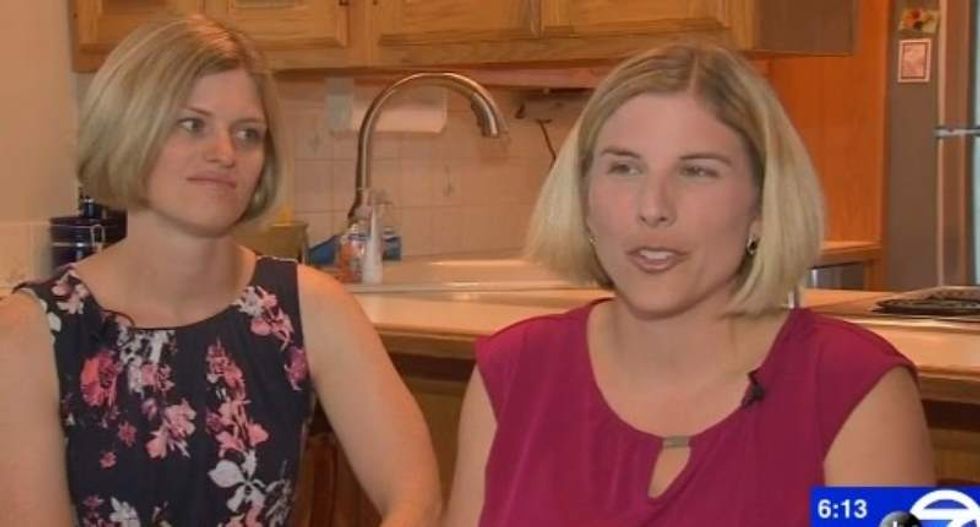 A pair of lesbian couples in New Jersey are suing state officials over a law they said discriminates against same-sex partnerships concerning insurance coverage for fertility treatments, NJ.com reported.

The lawsuit stated that the law requires couples to engage in unprotected heterosexual intercourse on top of being medically diagnosed with infertility before their coverage can pay for the treatments.

One of the two couples bringing the lawsuit, Marianne and Erin Krupa, said they suffered six miscarriages between them and paid $50,000 for treatments while being denied coverage. The suit stated that they have tried to conceive a child since 2013.

"Right away, we were told that without having sexual intercourse, we would not be covered," Marianne Krupa told WABC-TV.

The suit targeted the Department of Banking and Insurance for allegedly failing to update its definition of an infertile couple in the wake of the legalization of same-sex marriages. New Jersey is one of 15 states requiring insurance companies like Horizon Blue Cross Blue Shield, the Krupas' provider, to provide such coverage. However, only California and Maryland have added language covering same-sex couples into their legislation.

The suit stated that it seeks to both force state legislators to update the regulations on fertility coverage and recover the money spent on treatment by the Krupas and the other litigants, identified as Sarah Mills and Sol Mejias.

"Every day that New Jersey law continues to exclude women in same-sex relationships from the protections of the infertility mandate, these women must either wait for the law to change as their childbearing years continue to slip away or, if they have any available resources, bankrupting themselves and their families in order to pay for fertility care that is automatically covered for straight women," the suit read.