No 'formal' discussion between Trump and Secret Service over '2nd Amendment' remark: report 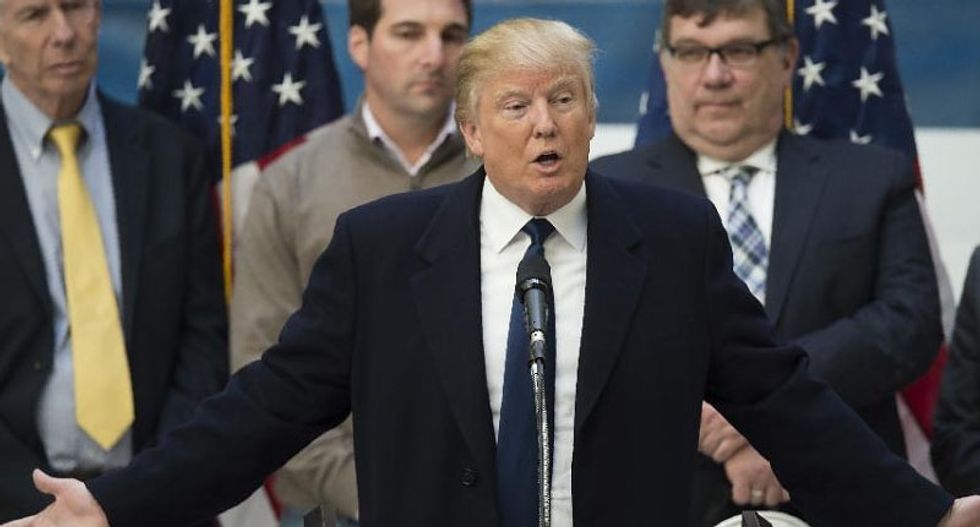 A federal official on Wednesday denied a news report that the U.S. Secret Service had formally spoken with Republican Donald Trump's presidential campaign regarding his suggestion a day earlier that gun rights activists could stop Democratic rival Hillary Clinton from curtailing their access to firearms.

Pushing back against a CNN report that the law enforcement agency had had "more than one" exchange with the Trump camp about the remark, an official familiar with the matter told Reuters there had been no formal conversations with the campaign regarding the comment made to supporters the day before.

"If she gets to pick her judges, nothing you can do folks," Trump told a North Carolina campaign rally on Tuesday, accusing Clinton of wanting abolish the Second Amendment by appointing liberal justices to the U.S. Supreme Court.

"Although the Second Amendment people, maybe there is, I don’t know," he added, leading some critics to believe Trump was referring to gun violence against his rival.

The controversy came as the campaign tried to stay on message after a contentious previous week. Trump weathered criticism within his own party for delaying endorsements of fellow Republicans and for a prolonged clash with the family of a fallen Muslim American U.S. Army captain.

The campaign denied that inciting violence had been the intent of Tuesday's remark, and on Wednesday said there had been no conversations with the Secret Service about it.

"No such meeting or conversation ever happened," Trump wrote on Twitter, accusing CNN of having made up the report.