Obama warns Dems: We should be 'running scared' until after Clinton wins election 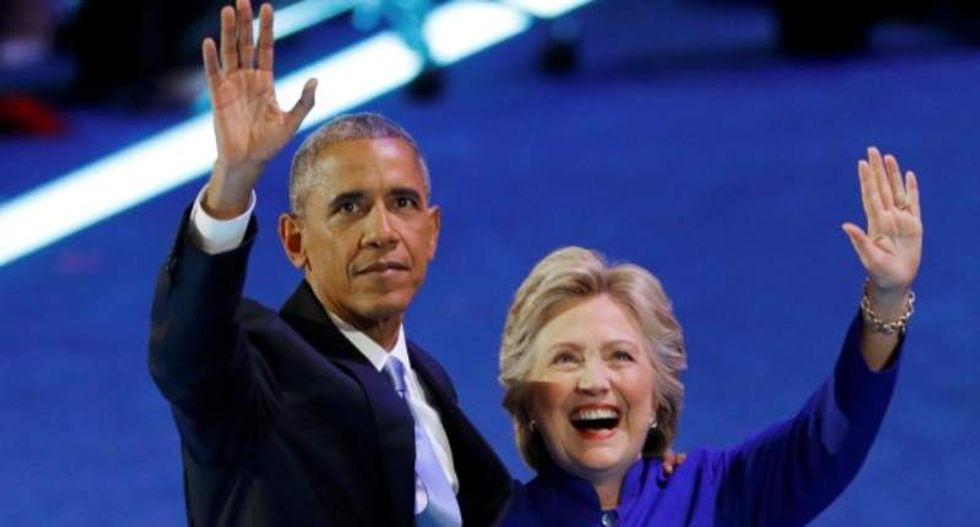 Declaring he was tired of talking about Donald Trump, President Barack Obama urged Democrats on Monday not to grow too confident about their prospects in the 2016 election despite Hillary Clinton's strong position in the race for the White House.

Obama, who is on a two-week vacation in Martha's Vineyard, an island off the coast of Massachusetts, took a short break from his relaxation time to raise money for Clinton, the Democratic presidential nominee he hopes will succeed him when he leaves office in January.

Clinton leads Trump in opinion polls, and the Republican nominee's campaign has suffered following remarks he made denigrating the parents of a fallen Muslim American soldier and charging that Obama was the founder of the Islamic State militant group.

The president warned his party, however, to maintain a sense of urgency until the Nov. 8 election.

"If we are not running scared until the day after the election, we are going to be making a grave mistake," Obama told some 60 donors who contributed $10,000 each to attend the fundraiser at a private home on the island.

"If we do our job, then Hillary will be elected president of the United States. But if we do not do our jobs, then it’s still possible for her to lose."

The remarks could foreshadow the president's role this fall in encouraging get-out-the-vote efforts for Clinton, his former secretary of state.

Obama has made clear his disdain for Trump, calling him unqualified for the White House. He told the donors he was tired of talking about Clinton's rival.

The president is expected to campaign heavily for Clinton in October.