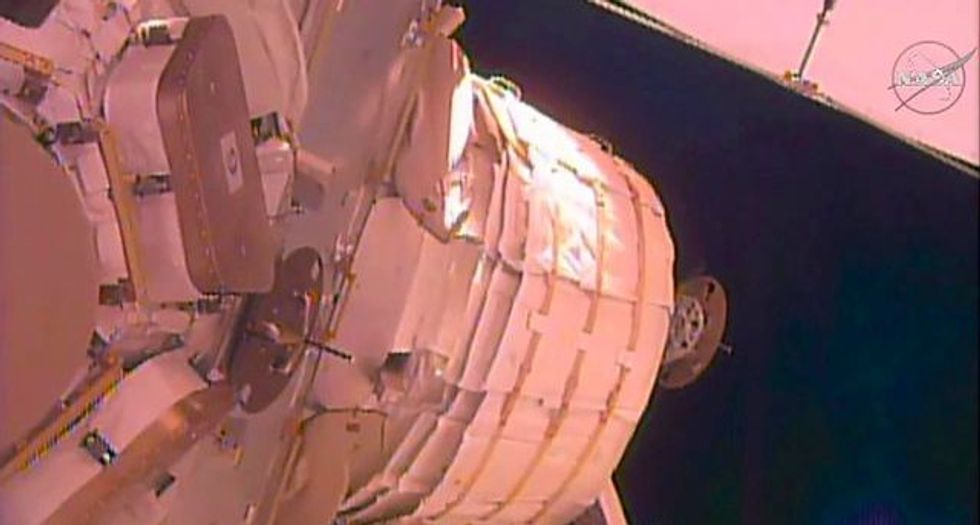 NASA is weighing a Moscow proposal to cut the number of Russian cosmonauts at the International Space Station from three to two, particularly its potential risk to the crew, an official said Monday.

Typically, six crew members live at the orbiting outpost, a hallmark of global cooperation that is meant to stay in operation until at least 2024.

Asked during a news conference about media reports that Russia was considering reducing its staff there to two, NASA's Kenneth Todd said the ISS partners -- which include Canada, Japan and the European Space Agency -- are aware of the proposal.

"They are exploring the option of going down to two crew on the Russian segment," said Todd, International Space Station Operations Integration manager.

"They have made that known to the partnership."

Russian media reports have quoted a Roscosmos official as saying the proposal comes as Russia is sending fewer cargo ships to the ISS, and could be a cost-cutting measure.

Meanwhile, the United States is ramping up its supply missions to the orbiting lab, with US astronauts preparing a spacewalk Friday to install a commercial docking adaptor at the ISS so that more private spaceships can park at the research lab in the years to come.

Todd said the ISS partners are aware that Russia has committed to the ISS program at least through 2024.

"There is no doubt they are keeping that in mind as they work through whatever challenges they have with their system," Todd said.

"We will look at it, as we do with all these kinds of things. We will trade it against whatever risk that might put into the program," he said.

"First and foremost, the risk to our crew on board and the station itself."

Next, Todd said the international partners will see "what we can do as a partnership to try to either accommodate it, or help them realize why that is a bad thing."

For now, he cautioned that "it is strictly a proposal they have put on the table and we will look at it."

The first section of the ISS station, called Zarya, or Dawn in Russian, was launched into space on November 20, 1998.

From two modules, the space station has grown to 15 modules, occupying a space the size of an American football field and representing around $100 billion in investment.

Since 2000, the station has been continuously occupied by a rotating staff of astronauts who typically stay for six months at a time before returning to Earth.