Scott Baio defiant over Trump support and RNC speech: 'I do not care if I ever work again' 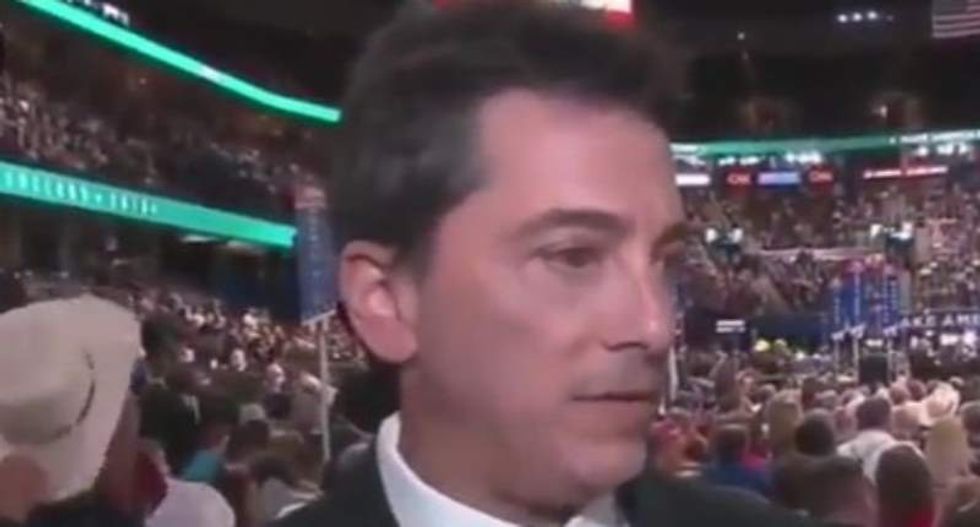 Actor Scott Baio is defiant over his decision to speak at the Republican National Convention two weeks ago and says that if Hollywood turns on him for supporting Republican nominee Donald Trump, "I don't care."

In an interview with the Hollywood Reporter, the erstwhile Happy Days cast member said that if people are angry with him for his conservative views, "I don’t care. I genuinely, in my heart, do not care if I ever work again. I don’t care. I’m comfortable and I’ve got a great life, but If I don’t have a country that is recognizable to me, I’ve got nothing."

At another point in the interview, he said, "The world is on fire. Nothing in this country is going in the right direction. They say Trump’s temperament is bad, and my response is, 'Well, let’s see. Obamacare is a disaster. Immigration is a complete mess. People are coming here illegally from Muslim countries that want to kill us, the economy’s in the toilet and 95 million people are out of work. ISIS is cutting the heads off of people but Hillary and Obama’s temperament is great, so I’m happy about that.' You need to write sarcasm next to the sentence."

Democratic nominee Hillary Clinton, he said, is "someone who should be indicted, according to James Comey, the FBI director. It’s amazing. I mean, I don’t know where you stand politically — you work for The Hollywood Reporter so I’m sure you lean left. But it's incredible to me that she lied about people dying in Benghazi, and she is still lying about her emails, and Donald Trump says something about this couple and it's taken completely out of context."

In fact, FBI Director James Comey did not recommend that Clinton be indicted. In his statement regarding the email controversy, Comey said, "our judgment is that no reasonable prosecutor" would bring a case against the former Secretary of State.