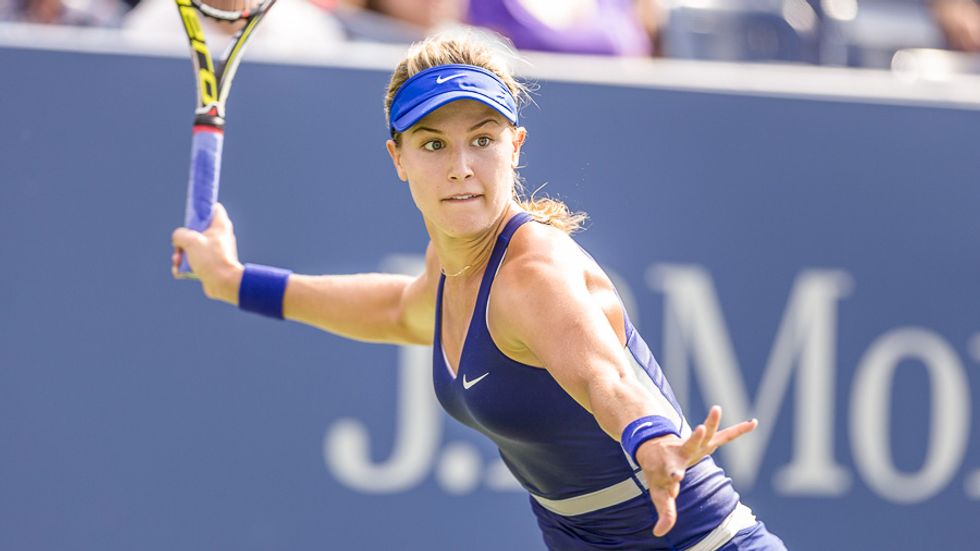 Eugenie Bouchard of Canada returns ball during 4th round match against Ekaterina Makarova of Russia at US Open in Flushing Meadows USTA Tennis Center (lev radin/Shutterstock.com)

CBC sports commentator Adam Kreek asserted on Tuesday that Canadian tennis star Eugenie Bouchard lost a match at the Olympics this week because she had been distracted by beauty, fashion and hairstyles.

Although Bouchard took an early lead against Angelique Kerber, the German number 2 seed came back to defeat the Canadian in Rio on Monday.

Kreek, who is a former Olympian, was sour about the loss when he spoke on CBC Tuesday morning.

"You're hinting that she doesn't want to be number one in the world," a CBC anchor noted during Kreek's analysis.

"I don't know if she does," Kreek said. "When I saw her in the mix zone, she loved talking to the media. And when I look on her social media, she's posting pictures of herself, she's holding up the tooth paste and she's trying out different hair styles."

"Maybe she wants something different than to be a competitor," he speculated. "For me as a sports fan, I'm not interested in watching that. But there are people out there that want to see someone, you know, pursuing beauty and fashion and this sort of thing. And maybe that's, 'I got into the tennis world and I want to leverage this.'"

Kreek added that he was "trying not to be critical."

"I need to try to remove my judgement," he said. "Because people can live their lives how they want to live it. But myself, as a sports broadcaster, I want to see sport."