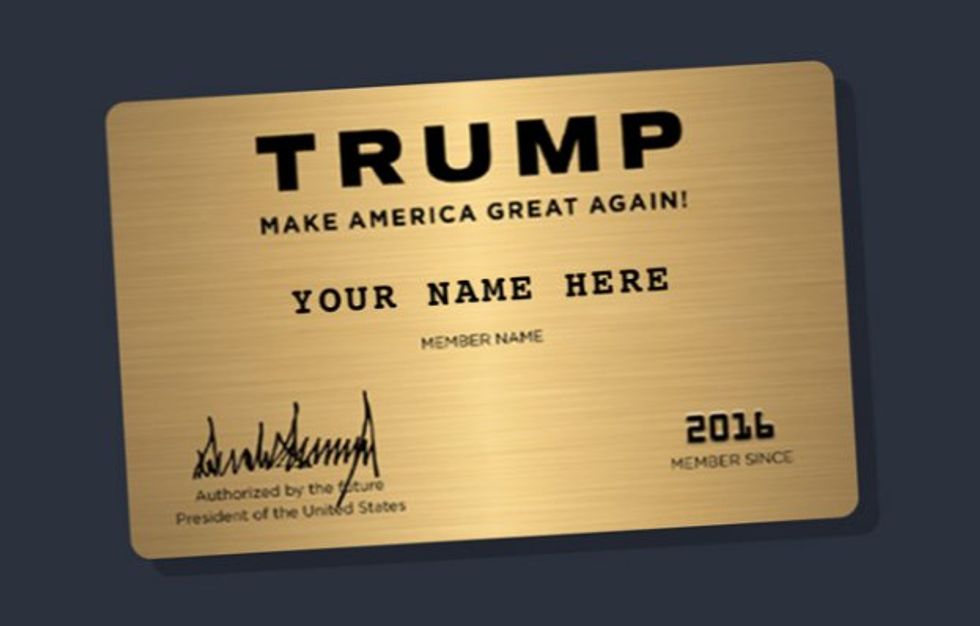 Donald Trump's presidential campaign has been so bad that many people have wondered if it's not just an elaborate marketing stunt gone wrong.

Trump's campaign offered more evidence for this theory on Tuesday afternoon, when it sent out a fundraiser email that offered donors a chance to get their very own gold "Donald J. Trump Gold Executive Membership Card" if they shell out cash to the campaign.

According to Trump, the card will signify to the world that you "are tired of a government that bows down to foreigners, refuses to even say the words 'Radical Islam,' and leaves our borders wide open!"

Twitter users, as they are prone to do, quickly mocked the idea of a Trump Gold Card as a gimmick that's as tacky and worthless as the candidate himself. Some examples follow below:

This is how I would connect with working-class voters. The Trump Executive Membership Card. https://t.co/RR5QZUta4W
— Miriti Murungi (@Miriti Murungi) 1470763568.0