These prominent Republicans are not voting for Donald Trump 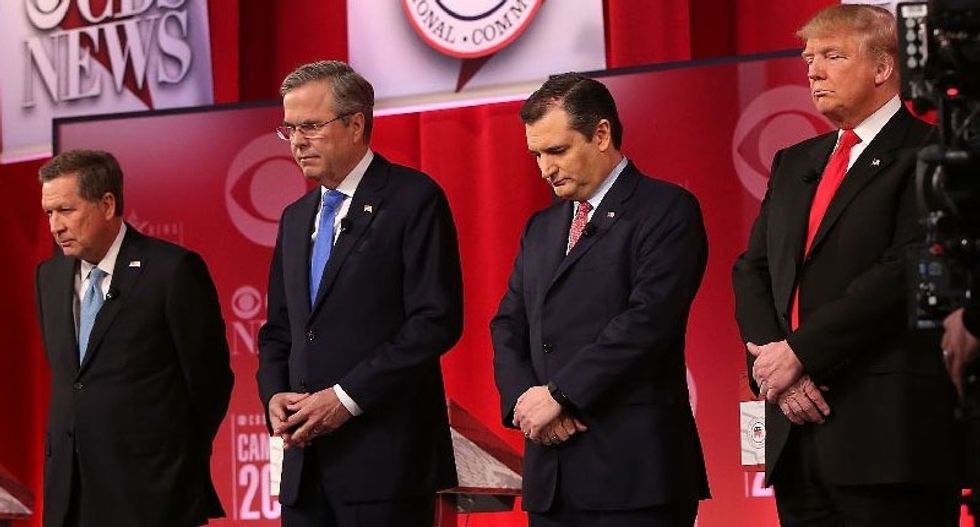 US Republican lawmakers, governors, advisors and former officials have come out against GOP nominee Donald Trump, saying he lacks the judgment, character and experience to be president.

Some have said they will cast their vote for his Democratic rival Hillary Clinton, while others are aligning with third party alternatives like Libertarian Gary Johnson.

As Trump looks to refocus his campaign following recent weeks of missteps, including clashing with the parents of a Muslim American soldier killed in action, here are several major Republicans who have announced their opposition to the brash billionaire.

The US senator from Texas and vanquished presidential hopeful stunned last month's Republican National Convention when he declined to endorse Trump, instead calling on fellow conservatives to "vote your conscience." He was booed off the stage, but is already being discussed as a potential 2020 candidate.

The former Florida governor and Republican presidential candidate clashed bitterly with Trump during the primaries.

The moderate senator from Maine on Tuesday became the latest among half a dozen Senate Republicans to jump from the listing Trump ship, criticising his morality, character, lack of experience and his propensity to "slash and burn and trample anything and anyone he perceives as being in his way."

In June, after Trump repeatedly stated that a federal judge's Mexican heritage made him unfit to preside over Trump-related cases, Senator Lindsey Graham called on Republicans to pull their support. "If anybody was looking for an off-ramp, this is probably it," he told The New York Times.

The 2012 Republican presidential nominee has been among the staunchest Trump critics, calling him a "fraud" and warning that "his imagination must not be married to real power."

The ex-CIA director was among 50 Republican former national security officials who issued a statement Monday saying they would not vote Trump, warning he would be "the most reckless president in American history" if elected. The group included two former Department of Homeland Security chiefs, a former US trade representative, and dozens of senior presidential advisors and department aides.

The deputy secretary of state under George W. Bush and deputy defense secretary under Ronald Reagan said he will back Clinton, in part because Trump "doesn't appear to want to learn about issues."

Paulson served as Treasury secretary under George W. Bush, after previously running Wall Street giant Goldman Sachs. He backed Clinton last month "with the hope that she can bring Americans together" to strengthen the US economy. "To my Republican friends: I know I'm not alone."