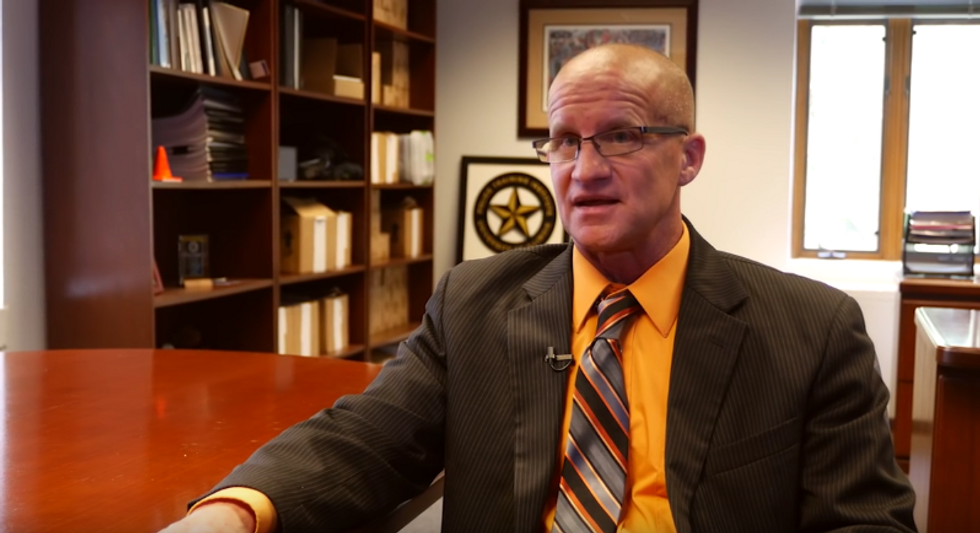 Whether we like it or not, we're all racist in some way or another.

That's why Michael Schlosser, the director of the Police Training Institute at the University of Illinois, tells new recruits that it's OK to admit that they're racist.

In a profile of Schlosser in The Washington Post, he explains that acknowledging your own prejudices is the first step toward overcoming them.

"Based on our life experiences, based on how we’re raised, our parents, our friends, what we see on television, everything that interacts with us, we all have this unconscious racism," Schlosser tells the Post. "It doesn’t make us bad people. It’s just the reality. If we understand it and take ownership of it and base our policing on behavior, can we reduce implicit bias? We believe we can, but it’s a difficult thing to do."

Schlosser, who is a retired police officer, acknowledges that this is a lot harder than it sounds -- after all, no one likes reflecting on ugly feelings they may have about people of other races, religions or ethnicities. But he still says it's important for police to realize that they really aren't "colorblind," no matter how much they may insist otherwise.

The whole profile of Schlosser is very worth reading -- check it out at this link.