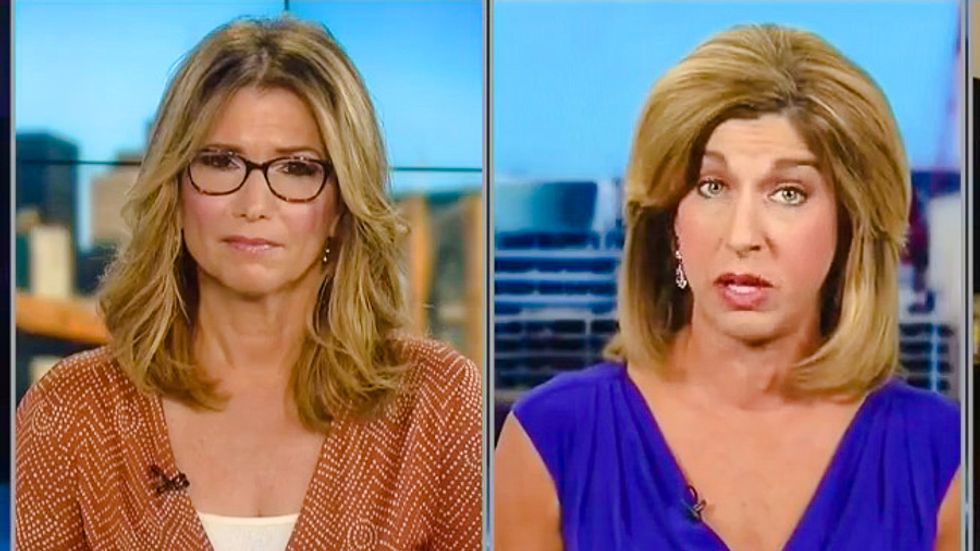 Trump campaign senior adviser Tana Goertz predicted that the GOP presidential nominee would make inroads with minority voters because he was "not afraid of black people."

On Thursday, CNN's Carol Costello asked Goertz to respond to those who had criticized Donald Trump for choosing a predominately white suburb in Wisconsin as the place to make his appeal to black voters.

"Mr. Trump is not afraid of anyone," Goertz said defiantly. "And black people -- Mr. Trump doesn't see white, black, Hispanic. That is a narrative people are putting on him."

"I know him very well, what I will say is he's not afraid of black people," she continued. "He respects and loves black people."

"But they are mostly white crowds," Costello noted.

"He's standing up in front of, let's say, 12,000 people," Goertz replied. "Okay, maybe there are more Caucasians, doesn't matter. My point would be, every news outlet is capturing him. What Mr. Trump is saying to these 12,000 people and millions of people at home watching is, 'When I am president we will all respect our law enforcement, black or white.'"

"He doesn't say the color because he doesn't care," she added. "What he is doing in front of millions of people is saying, 'We need to respect our law enforcement, and we will when I'm president.'"