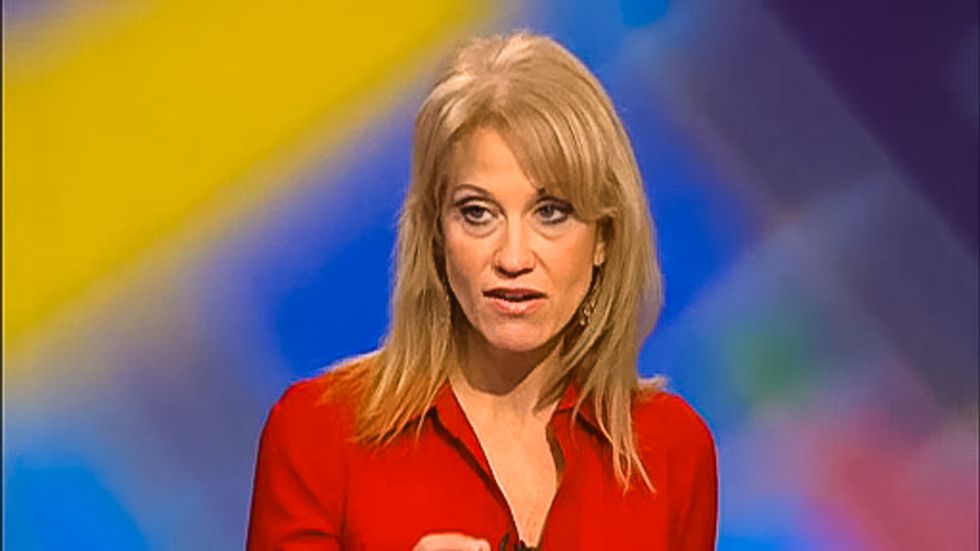 Trump campaign manager Kellyanne Conway argued in 2013 that "rape would not exist" if women had the same physical strength as men.

In a recently resurfaced video clip from the PBS program To the Contrary, Conway said that she objected to women in combat.

"Women are already making incredible contributions to the United Sates military and will continue to do so," she opined. "But the military's first and primary mission is to win wars and to be as completely as capable and efficient and uber-ready as it can be. But we also don't want to put our women in harm's way."

After panel members pointed out that women who pass the physical exam should have the same rights as men, Conway brought up the topic of rape unprompted.

According to CNN, the exchange was brought to light by the Democratic Coalition Against Trump, an anti-Trump super PAC.

"Most people who think like Donald Trump would only express their views in private, because they're shameful," The Daily Show co-creator Lizz Winstead said in a statement from the super PAC. "But not Kellyanne Conway. Not Eric Trump, when he said that Ivanka wouldn't allow herself to be subject to sexual harassment. And certainly not Donald Trump himself."

"They seem to think it's acceptable to blame rape victims for their assaults, deny women the right to control their own health care, and downplay sexual harassment in the workplace. It's not."