Trump economic proposals fizzle with CNN expert: 'Just a speech to a room full of chairs' 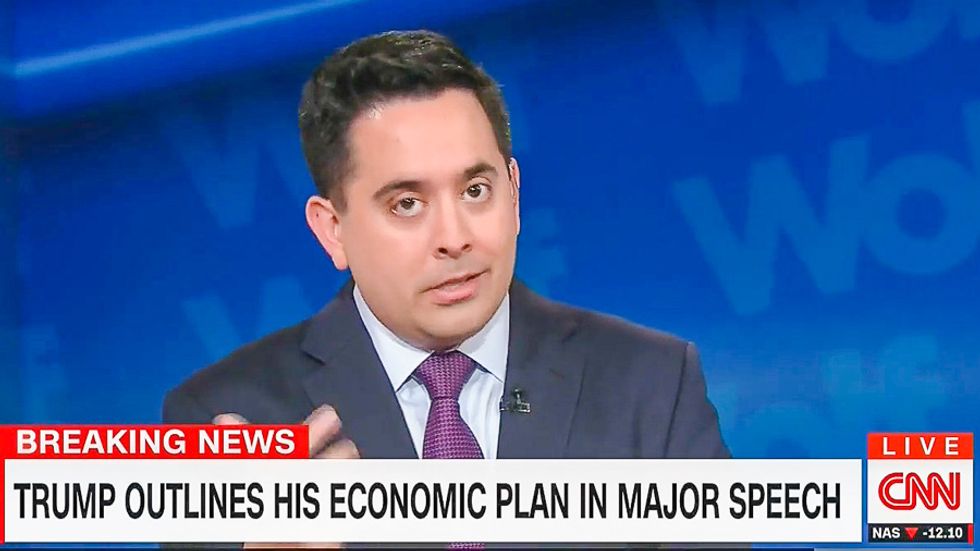 Washington Post reporter Ed O'Keefe reacted to Republican nominee Donald Trump's economic speech on Monday by suggesting that the candidate's proposals had been more about politics than policy.

In a speech at the Detroit Economic Club, Trump promised to bring prosperity to "those who have the very least."

Following the speech, O'Keefe told CNN that the delivery of highly scripted teleprompter speech would "help quell the concerns of many Republican lawmakers."

"That's clearly an appeal to working women," O'Keefe pointed out.

The correspondent also noted that Trump had been applauded for opposing trade deals even though Republicans members of the Detroit Economic Club traditionally favored free trade agreements.

"And I think that's partly because the room looked like it was larger than normal," O'Keefe explained. "Those speeches -- often given by Republican presidential candidates -- are usually to a few hundred people at a lunch."

"This looks more like just a speech to a room full of chairs with people in them," he concluded.