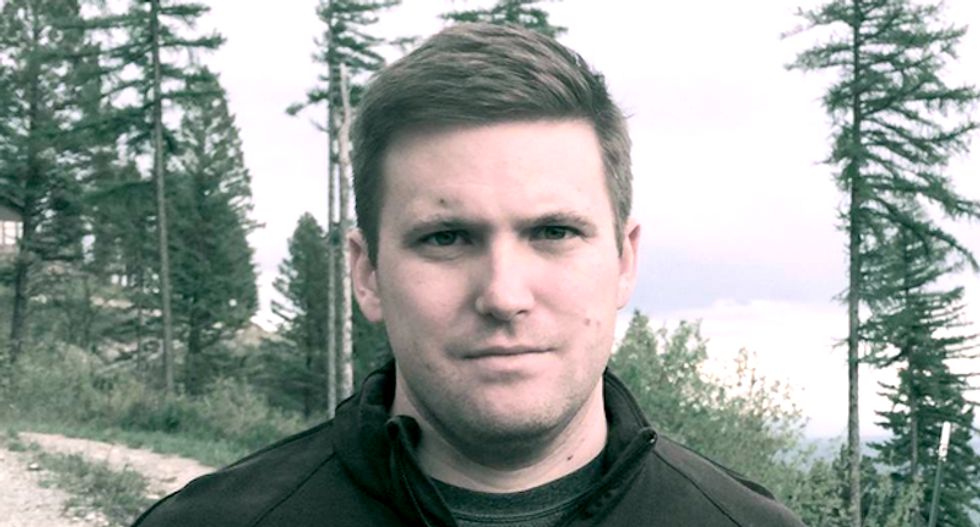 Hillary Clinton is due to give a speech on Thursday about the dangers posed by Donald Trump's "alt-right" supporters -- and now it seems one top alt-right leader is helping her make her case.

Right Wing Watch notices that Richard Spencer, who last year hosted a conference on white racial identity that proposed the creation of whites-only states in the U.S., has issued a preemptive strike against Clinton's speech that attacks her for allegedly hating white people.

"Over the past few months, Hillary Clinton has engaged, rhetorically and directly, with an array of groups that support an anti-White agenda," Spencer wrote. "Whether that’s endorsing the 'Black Lives Matter' movement, which is directly responsible for a rise in violence throughout America, or her surrogates chastising European-Americans for their background and heritage."

Spencer then called on Clinton to apologize for hating white people so much, despite the fact that Clinton herself is very white.

"We call on her and her allies to issue an apology to European-Americans everywhere and confront her own troubling links to extremism and the civil unrest she has stoked for months," he wrote.

Spencer attended a pro-Trump party at this year's Republican National Convention in Cleveland, where he was quoted as saying he and his movement have "taken over the right" by nominating a presidential candidate who addresses the alt-right's major concerns.

Watch a video about the alt-right, courtesy of The Washington Post, below: