Trump rally emcee: Ban women voters who use 'free contraception' and we will 'win every election' 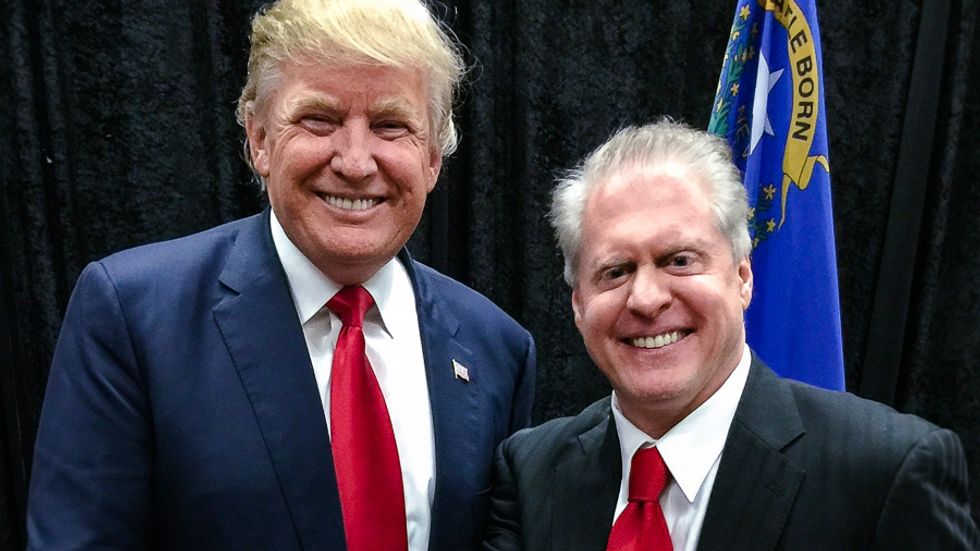 Wayne Allen Root, who has spoken at presidential rallies with Donald Trump, this week called for stripping voting rights from welfare recipients and women who use "free contraception" provided by the Affordable Care Act.

During a discussion with radio host Rob Schilling on Monday, Root explained that conservatives would "win every single election" if people who received government services were barred from voting, Right Wing Watch reported.

“So if the people who paid the taxes were the only ones allowed to vote, we’d have landslide victories,” Root told Schilling. "This explains everything! People with conflict of interest shouldn’t be allowed to vote."

"If you collect welfare, you have no right to vote. The day you get off welfare, you get your voting rights back," he continued. "The reality is, why are you allowed to have this conflict of interest that you vote for the politician who wants to keep your welfare checks coming and your food stamps and your aid to dependent children and your free health care and your Medicaid, your Medicare and your Social Security and everything else?"

Root added that he didn't think Medicare and Social Security recipients should be prevented from voting "because you paid into the system."

"But all the other stuff," he said, "all the other goodies, free Obama phones, free contraception, you know what, you can get them but you shouldn’t be allowed to vote, it’s a conflict of interest. Take that away, we’d win every single election in this country.”