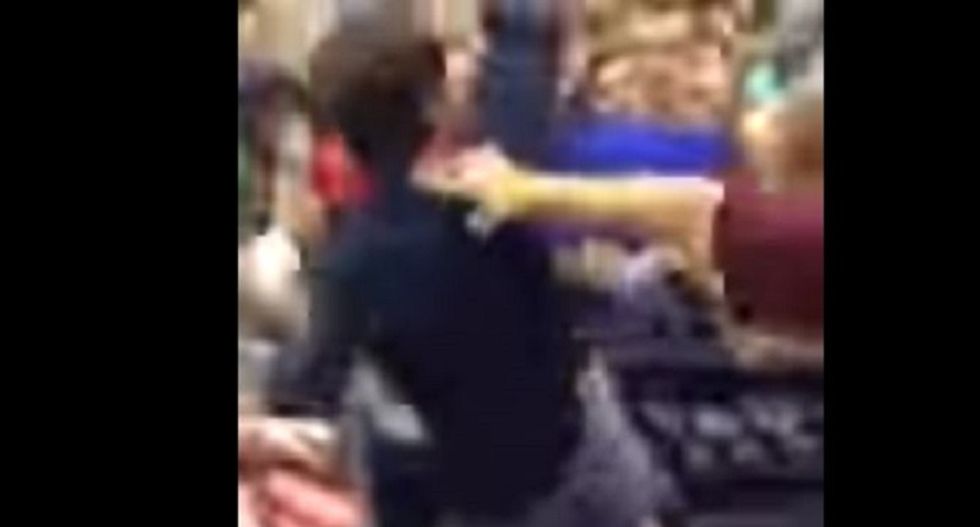 Yet another protester at a Donald Trump rally was physically assaulted, according to a YouTube video posted by PennLive.

The protester can be seen wearing a dark blue shirt and trying to wave a sign, when he is violently hit and shoved down by Trump supporters chanting "USA, USA." The incident happened Monday at a Trump rally held at Cumberland Valley High School, in Mechanicsburg, a town in southern Pennsylvania.

A couple of men in the crowd intervene and help pull him out of the fray before police arrive and escort him out.

"People got to realize that just because you disagree with someone, doesn't mean you can punch people," Silver Spring Police Chief Chris Raubenstine told PennLive.

The protester, who wasn't named in the report, declined to file charges and refused medical aid, and told authorities he "did what he wanted to get done."

Raubenstine said the protester may file charges later if he changes his mind.