WATCH: Bill Nye goes on CNN -- and calls out their climate-denying meteorologist 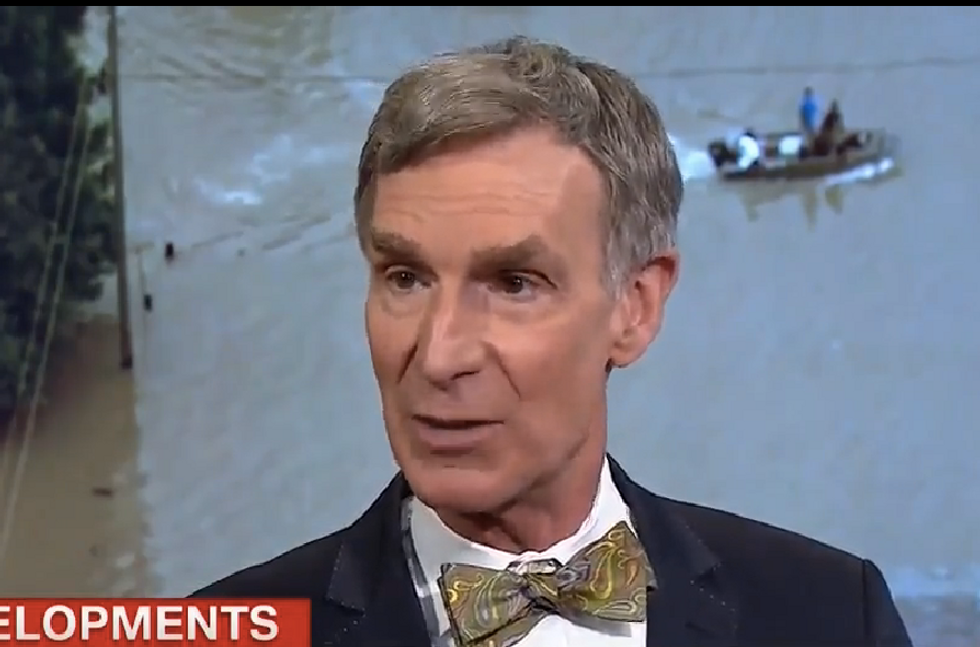 Bill Nye appeared on CNN Tuesday morning to discuss the historic flooding in Louisiana, but before he left, he took a jab at CNN's climate change-denying weather correspondent Chad Myers.

According to Mediaite, Nye never mentioned Myers by name, but the CNN weather reporter has accused climate scientists of corruption in the past.

On Tuesday, New Day host Chris Cuomo asked Nye what can be done regarding the catastrophic flooding.

"For us on my side of this, this is a result of climate change," Nye explained. "It's only going to get worse."

The ocean, he said, is expanding. Naturally, water levels are going to rise and for communities like New Orleans, which is predominantly at or below sea level, "It's going to get a lot worse."

"And where are these people going to go to get a job?" he asked. "And this is in the developed world. This is the U.S., let alone all the places that don't have these resources."

Nye pointed viewers to The Solutions Project, a proposal by a group of civil engineers to power the U.S. completely by renewable energy.

It was at the segment's end that he spoke out about Myers' anti-climate science stance.

“And you know, here at CNN you have, essentially, a climate change denier meteorologist," he said. "Knock yourselves out, but this is a big problem and it’s not going to go away.”