WATCH: Charles Blow humiliates Trump’s ‘diversity’ chair -- ‘You are part of the bigotry’ 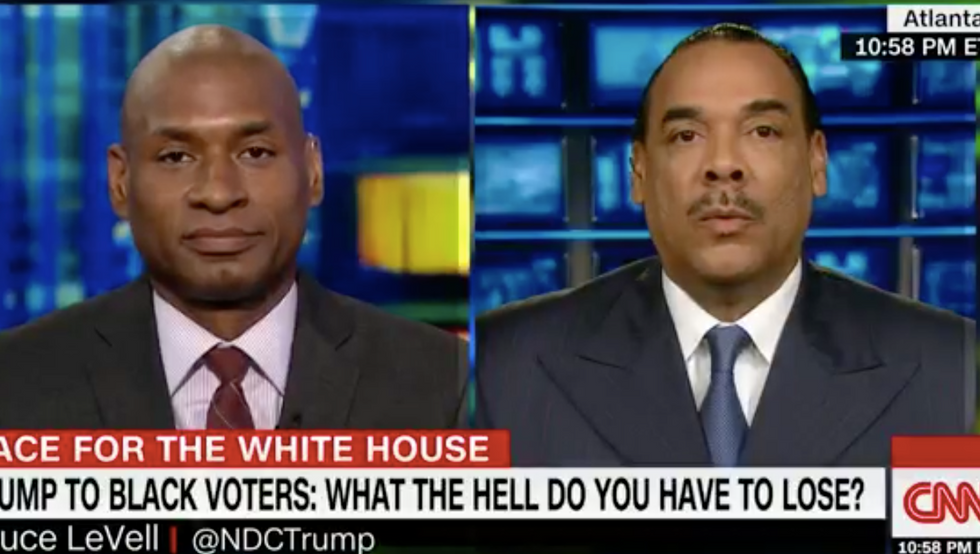 "First of all, be quiet," said Blow, "the way I was quiet when you were talking. That's how this works. It's a dialogue."

After a moment of cross-talking and host Don Lemon urging Lavell to hold his tongue, Blow said in exasperation, "Who is this person? And why is he on TV?"

"Here's the deal," he said. "Donald Trump is a bigot. There's no other way to get around it."

"Your party has now decided that this is your person," Blow said. "This con man is your front man. And you have to decide whether you're going to follow that."

Lavell went on to accuse the Clinton campaign by way of Blow of distorting the public's perception of Donald Trump.

"I'm not part of the Clinton campaign," said Blow. "I'm a black man in America. And I know a bigot when I see a bigot. And you are supporting a bigot. And that makes you part of the bigotry that is Donald Trump."

Watch the video, embedded below via CNN: